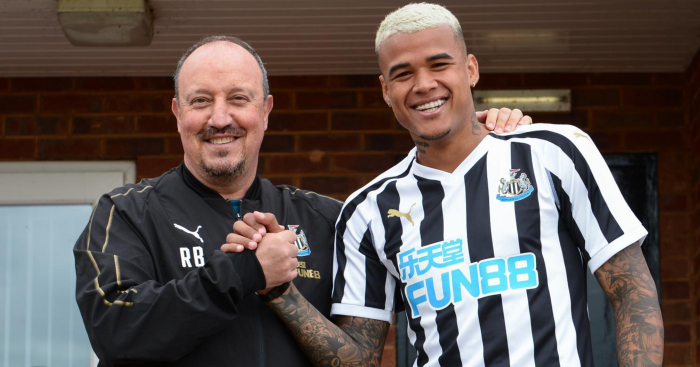 Newcastle have completed a season-long loan deal for Chelsea winger Kenedy, the Magpies have confirmed.

The 22-year-old midfielder, who spent the second half of last season on loan at St James’ Park, has joined up with his team-mates at their pre-season training camp in Ireland to hand manager Rafael Benitez a significant boost.

Benitez said: “I’m really pleased to have Kenedy back with us. I’m sure every fan will be happy with this signing.

“Hopefully he can keep playing at the same level that he reached with us last season. I wish him all the best for his time here.”

The Brazilian made 13 appearances for the club last season and scored two goals as Newcastle secured a top 10 finish, and his pace and invention proved key to the promoted club’s rise up the table.

Benitez quickly identified him as a summer target and while a permanent deal may have been out of the club’s price bracket, securing his presence for the entire 2018-19 campaign will have come as a big relief.

Kenedy said: “I am so happy with this interest from Rafa Benitez, that he came back for me. I want to keep it going, the work that I did here before, for the new season.

“I have received many, many messages on social media from the fans. They made me feel appreciated, so I wanted to come here in this new season and give everything on the pitch.”