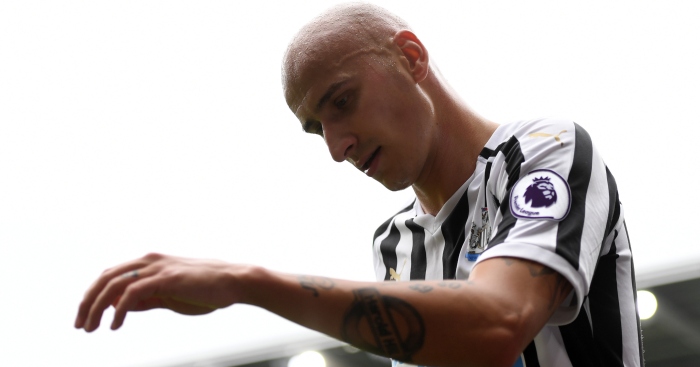 Newcastle boss Rafael Benitez has told Jonjo Shelvey not to give up on his England dream after the midfielder appeared to do just that.

Shelvey was tipped to make a late charge into Gareth Southgate’s squad for this summer’s World Cup finals after producing an impressive run of form for his club last season, but he ultimately did not make it to Russia and has now drawn a line under his international ambitions.

But Benitez, who had backed the 26-year-old’s claims, said: “If you analyse carefully, when a player is saying that it’s because he thinks that maybe he will not have a chance.

“But at the same time, what he is saying is, ‘I want to focus on my team, and if I do well…’. If we start winning games and he is playing well, they will keep an eye on him and a player with his quality, he will have a chance.

“It’s important for him to concentrate on his team – that is good – and if he can play at the level he is playing at now or a little bit better with the support of the team, I think he will have a chance in the future.”

Benitez’s comments came after Shelvey revealed in an interview that England was no longer on his horizon.

The player told the Independent: “To be honest, I don’t really care anymore. That’s me being honest. I did care, but now I’ve sort of given up on the idea.

“I’m obviously not his (Southgate’s) cup of tea. I’ve never been told that, but that’s the feeling I get.

“It does hurt you. You want to be there. You felt they struggled to make the final pass, to create that chance. I could have been that man.”

Both Benitez and Shelvey will be focused only on the task of ending a 10-game winless start to the season at Southampton on Saturday with the manager having hinted that support from owner Mike Ashley in January could yet prompt him to extend his stay on Tyneside.

The 58-year-old said: “The main thing is to be sure we do what we have to now on the pitch, and then after we go to January and hopefully we can do things right.”

Asked if that meant he could stay, he replied: “Yes, I am happy here.”