Home Everton Benitez: Everton showed ‘character’ vs Wolves but it was a ‘little too late’ 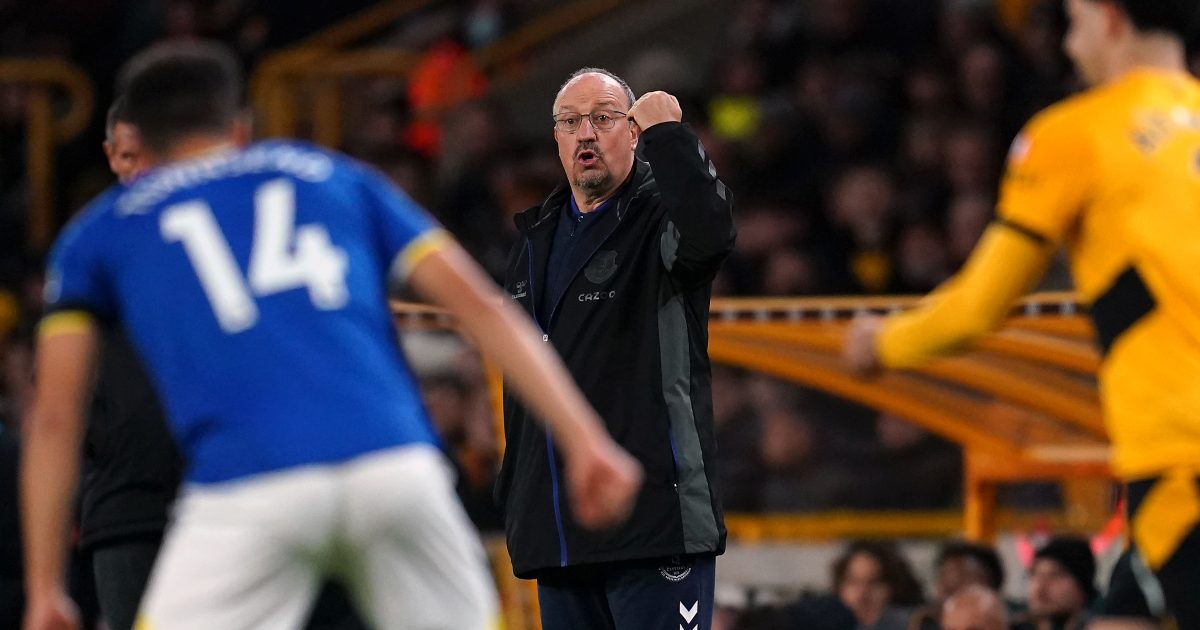 Rafael Benitez suggested that Everton showed “character” against Wolves but it was a “little too late” as they were beaten at Molineux.

The Toffees went into Monday night’s game against Wolves on the back of consecutive defeats against West Ham and Watford.

Last time out, former Everton striker Joshua King scored a hat-trick as the Londoners came from behind to win at Goodison Park.

Walter Smith was a football titan – and an even better man

Wolves quickly put Everton on the back foot at Molineux as they played superbly in the first half.

Max Kilman gave them the lead from a corner before Raul Jimenez dinked the ball over Jordan Pickford to make it 2-0.

Benitez‘s side improved after the break and Alex Iwobi got a goal back for his side with around 25 minutes to go.

Wolves were still able to take all three points though and that was richly deserved. Bruno Lage’s side are now seventh in the Premier League having won four of their last five games.

Meanwhile, Everton’s third straight defeat leaves them tenth in the table. As reported by BBC Sport, Benitez said he was pleased with his side’s “reaction” after they “didn’t play” in the first half:

“It is a pity because we didn’t play in the first half. We had a lot of character and chances in the second half. It was maybe a little too late,” Benitez said.

“That was the reaction we were expecting. But it was just a shame we didn’t do it in the first half.

“They were growing in confidence. We have to see what we did in the second half for 90 minutes. Obviously we didn’t do it and that is where we have to improve.

“We saw the character in the second half to react after a bad first half.

“I think we are close but missing the players that can make a difference.”

Andros Townsend said after the defeat that Everton left themselves with too much to do in the second half:

“We couldn’t get close to them [in the first half]. We corrected that in the second half but left ourselves with way too much to do.

“Maybe we could have done it on another day but on this day it was not to be. At the start of the season we were going behind and were coming back. The belief was there, the intent was there but we couldn’t get the rub of the green, couldn’t get the second goal we needed.

“When you are not winning football matches it is never nice but we have the confidence in the dressing room. Before this run we were on a great run. We are back at Goodison Park this weekend. The fans will be singing in numbers and hopefully we can give them a positive performance.”