The Brazilian defender insists his old boss "just wanted to think about himself" while at Man Utd... 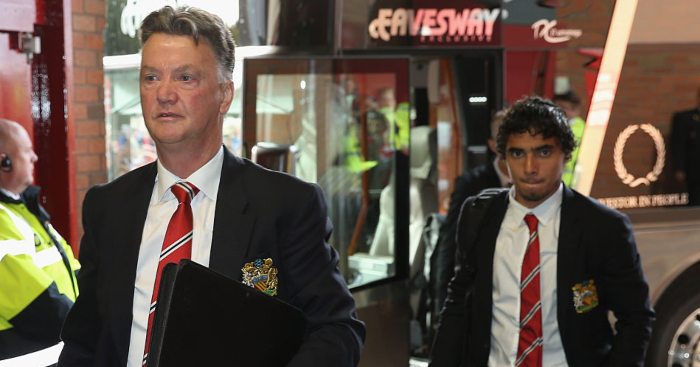 Rafael claims that his former Man Utd boss Louis van Gaal is “one of the worst people” that he has worked with and says “it was sh*t” under the Dutchman.

However, not all players were pleased with how they were treated under the Dutchman with Rafael particularly scathing of his former Man Utd boss.

“When they said Van Gaal was the manager, a lot of friends called me. I could not believe it, as a lot of people told me he does not like Brazilians (because of their style of play). They told me: ‘The first thing he is going to do is take you out.’

“Actually, it was the second thing because on the first day, he did not speak to me. On the second day, he said: ‘You can leave.’ I had not even trained and he said that. I could not believe it.

“I said: ‘OK.’ I still tried to battle for my place. I stayed one year with him. It was so, so hard. He is one of the worst people I have worked with.”

And Rafael has recalled how Van Gaal would get up and make a speech every meal time and the Brazilian defender insists his old boss “just wanted to think about himself”.

“Every day, after breakfast, after lunch, or if we had dinner together, he would speak to everyone for 15 minutes about training, about what has happened, about everything, about life,” Rafael explained.

“You know when you start to stop listening to what someone is saying, because they speak so much? He wanted to show he could speak. But it was every day! All the time!

“You need to wait for everybody to finish their food to leave, which is fine, OK. But then we watched him talk, for 15 minutes, with all due respect, about s***. That is the truth, man. It was s***.

“He didn’t care how people are, he just wanted to think about himself — ‘I am like this, you respect me, you do like I want.’ That’s how he speaks. Players get tired of this. You don’t need to speak all the time. If we talk (about culture), he changed everything.”