Home Mailbox Rafa’s next gig: Bringing Leeds back to the big time 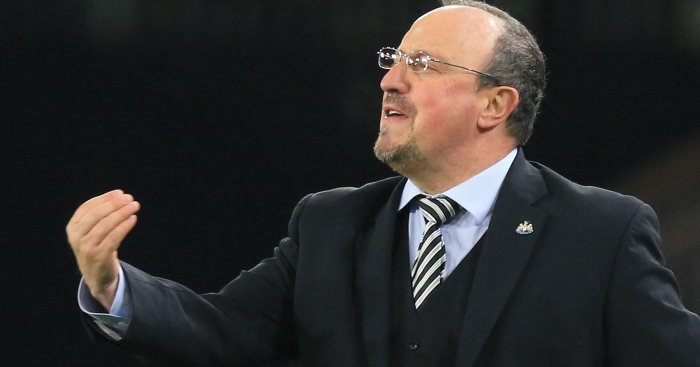 Rafa’s next move
I always get a bit down when I read mails like Aman’s, about the positives of Rafa Benitez.

Not because I disagree, but because I know it’s likely to be followed with some fairly angry shouting from the emerald isle about how his two European cup finals (and an own goal away from a third) was active proof he is a fraud. Similarly his then record points total at Liverpool, and reaching the finals of both domestic cup competitions, was actually evidence he was useless. that his record at Chelsea (UEFA cup winners; 3rd in the league; semi finalists in both domestic cups; final of wcc) was apparently poor. It’s to be discounted that Newcastle love him. That Valencia love him. That he’s never bitten back at the decades worth of sniping he had from keys and grey, or oddly Ian McGarry.

I, like Aman, think he’d be a great DoF somewhere, but then I do enjoy him as a manager too. I hope he stays in England and gets a gig at another sleeping giant. His polite but outright belligerence does align with the traditional yorkshire values so maybe he could take over from Marcelo in 6-12 months, and bring them back up like he did Newcastle? If he doesn’t I hope we don’t lose him to another country.
Tom G

Why United’s approach is different to Liverpool’s
Regarding the ‘Buy British’ policy adopted by Liverpool under Kenny Dalglish earlier this decade, and seemingly adopted by Manchester United now.

Under Dalglish, Liverpool signed 11 players. Five of them were not British – Sebastian Coates, Jose Enrique, João Carlos Teixeira, Doni, and Luis Suarez. The British purchases were Jordan Henderson, Andy Carroll, Stewart Downing, Charlie Adam, Craig Bellamy, and Danny Ward. Out of these 11, only two can be termed successes: Suarez and Henderson. So rather than a ‘Buy British’ strategy, it was more ‘Buy s***’. In fact, Liverpool’s transfer strategy at the time was a result of the collision of Dalglish’s traditional in-person scouting and the new, data-driven approach advocated by Damien Comolli, who was sacked as the director of football strategy in April 2012, a month before Dalglish himself was shown the door.

How do we know that the Comolli/Dalglish combination was not working? In his book ‘The Nowhere Men’, Michael Calvin quotes Alex Smithies (Dalglish’s “most trusted scout”): “I was at a meeting with Kenny the other day, when one of the whizz kids tried to get clever. Kenny told him: ‘At this club we rely only on our eyes and our ears.'”

Yes, Dalglish seemed to have more faith in British players. But it wasn’t the club’s policy. Liverpool ended up buying a mix of players who weren’t good enough by either Dalglish’s British or Comolli’s ‘Moneyball’ strategy. Let’s not forget, Dalglish probably bought Adam for his left-foot deliveries from set pieces and Downing for his crosses, which were supposed to be converted by Carroll. I highly doubt Comolli’s numbers would have backed this strategy.

As long as Manchester United and Ole Gunnar Solskjær are using data properly (football and statistics have come a long way in the last 8-9 years) to identify suitable British players, it should work out fine.

Regards,
Siddharth and his full-backs.

The Pride Cup
I know she’s gay, I applaud her for her outspoken stance on gay rights, I get it.

But she’s trying to turn the World Cup into “Pride Cup”. Please stop it. “You can’t win a championship without gays?”

Look at all the young players inspired by role models with the national teams – the USA, England, France, Sweden, Germany, Brazil. How many of those girls don’t want to play the game because Rapinoe has basically tried to make the sport into the gay refuge?

I doubt Rapinoe intended that off the bat, but holy crap, she’s certainly turning it that way. And, by the way, I detest Donald Trump but I put up a golf clap for him when he responded “you need to win first” when Rapinoe tweeted “I”m not going to the f*cking White House”.

Jill Ellis is pathetic. She won’t address team issues, she won’t stop “Hotelgate”, she’s a pathetic figurehead. Hope Solo was right – she’s got no control over the team, the senior players run the show. I wish Abby Wambach was there to kick some respect into that team.

I hate getting mad on Sunday, it messes with my blood pressure.
Steve, Los Angeles.

Poch must earn the right to whine
It’s probably fair for Pochettino to say he doesn’t have the same sway as Klopp and Guardiola in terms of transfer decisions but both of them have won domestic leagues and champions league(s) so maybe they’ve earned that right via results. Everyone’s quite quick to chastise a complaining English manager who hasn’t won anything as being a “Little Englander” or afraid of “foreigns” so not really sure why he seems to get away with it constantly. Best way for a manager to gain power at a club….. win a f@cking trophy or two before swinging your proverbial around??
Edward Canhands (Not English so not sure why I’m sticking up for English managers)

Expectation and perspective
Expectation is a strange thing. It may have nothing to do with an outcome, but it very much colours how the outcome is viewed. If you sell your house and you get $250,000 for it, your level of contentment is almost certainly impacted by what you expected. If the price you got is what you expected then you are likely satisfied, if you expected less then you are happy, and if you expected more then you’re probably annoyed or upset. In the end the sale price is exactly the same, but your perception of it is viewed through the lens of expectation.

Football has a culture of expectation. That expectation seems however to have less to do with the current team lineup, past performance or player development than it does with who they are. Liverpool is expected to challenge for the title because they are Liverpool, and not just this year or next but every year. West Ham and Everton… they’re not expected to challenge. It would be nice for them to do well, finish in the top half of the table, maybe finish in a European place, but certainly no more than that. And it’s not that those teams are going through a dry spell, not like they’re in a rebuilding phase and will challenge soon. They are second tier teams, and we don’t expect that to change.

Consider an example. Manchester United finished in 6th place in the season that just ended, and qualified for next year’s Europa League, but that performance falls far below expectations. They were referred to in a F365 article as an “absolute mess”, and the summer transfer guide indicated that they need “half a team”. Wolves finished below them in 7th place, 9 points back, qualifying for an early Europa League round. They’re generally spoken of in positive terms and the transfer guide indicates they need “nothing drastic”. Everton finished 3 points further behind in 8th, failing to qualify for Europe. The transfer guide indicates they need a striker if they hope to make an “any assault on the top six”. Both Wolves and Everton finished more than 40 points behind the eventual champions, but that’s ok since we don’t really expect them to do better. ManU are very much expected to do better, so it’s all hands to the pump to right what is currently perceived as a sinking ship.

No worries, I expect they’ll buy lots of new players and do better next season.
Andrew (We the North!) Canada

Now to our CONCACAF correspondent
Since I mentioned Haiti and Curacao qualifying for the Quarter Finals of the CONCACAF Cup much more has happened so here is my mini round up for you all.

Haiti continued their impressive performance in the competition by coming from 2-0 down to beat Canada 3-2 (Yes TI from Sunday’s Mailbox, I was quite chuffed to see that result) to book a Semi Final place vs Mexico who beat Costa Rica 5-4 on penalties after quite an incredible end to end game in which Costa Rica were equally just as good as the favourite for the competition.

USA beat Curaçao 1-0, to set up a rematch of the 2017 final against Jamaica who beat Panama 1-0 in their Quarter Final.

My heart tells me it’ll be Haiti in the final, but realistically my brain states Mexico v USA, which would be an incredible final, just a shame that the final is a 2am kick off UK time.
Mikey, CFC

Best XI
Always a fan of the 1-11 line up ideas. Here’s mine. Best ever Champions League team made up of players who won it while playing in the Premier League. Can the mailbox better?