Home Newcastle United Rafa’s out, Avram Grant in at Newcastle? 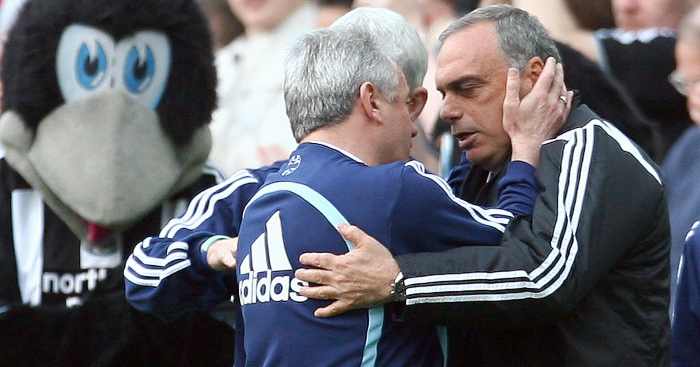 Avram Grant is reportedly under consideration as a candidate to replace Rafael Benitez at Newcastle.

The Magpies confirmed on Monday that Benitez will leave the club upon the expiry of his contract next week after failing to reach an agreement with the Spaniard over extending his three-year reign at St James’ Park.

Newcastle supporters have reacted with dismay at Mike Ashley’s worst decision of them all, while attention now turns to the race to replace Benitez.

Hudson recently departed Colorado, with general manager Padraig Smith explaining: “We haven’t progressed in the way we wanted to progress.”

Another possible candidate has emerged, according to Sky Sports, in the shape of former Chelsea caretaker boss Grant.

The Israeli managed the Blues in the Champions League final, when he was a John terry slip away from winning the competition.

Instead, Manchester United triumphed, with Grant moving on to Portsmouth and West Ham. He was relegated from the Premier League with both sides.

Avram Grant's last job was as technical adviser at NorthEast United FC, meaning that if he gets the Newcastle job he will be the only man to have worked for them in real life and in the Pro Evo universe.

As for Benitez’s future, Sky Sports believes the former Liverpool and Chelsea boss is likely to take up a lucrative offer from China.