Home Johnny Nic Raging royalism is just another example of footballification: Do you support Queen FC? 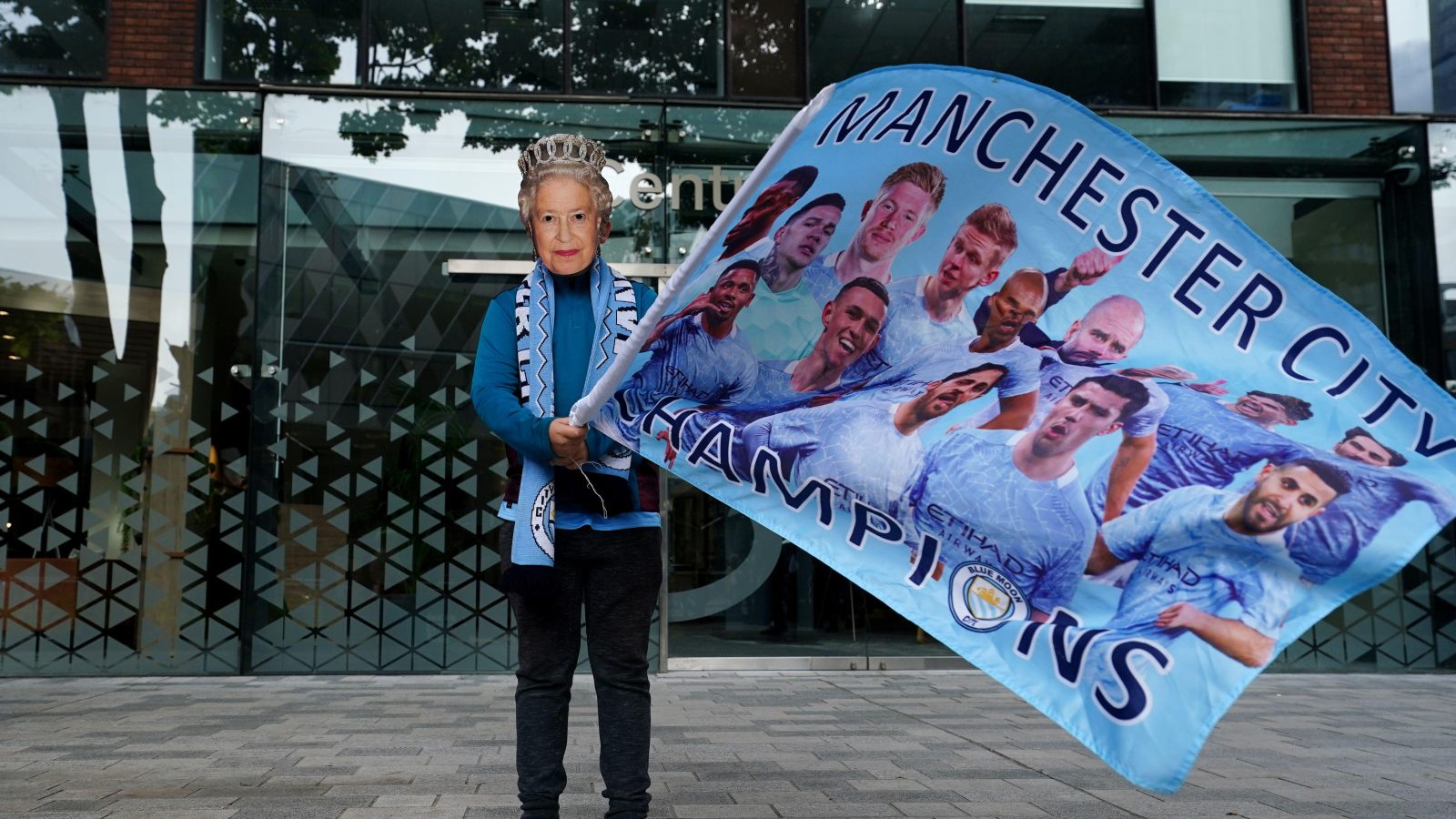 Shades of grey are no good in a black-and-white universe. You are either all in or all out when it comes to life in 2022, whether it be the Queen or Liverpool…

It’s often said that football just reflects society and while that’s largely true, it works the other way too; there has been a complete footballification of society.

The club obsessives whose life is consumed by following their football team and can stand no outside criticism of anything to do with the club are a minority, but they make a lot of noise. All clubs have them but the biggest clubs have the most. These are people who make all our lives worse, who sensible people do not engage with. But we see them all the time defending the indefensible with ire and anger, cooking up paranoia and whataboutery at every turn.

This is footballification – the ‘my club right or wrong’ modus operandi and it has leaked into other areas of society. You will have seen the sack of stained washing that passes for the Prime Minister getting booed as he went into St Paul’s with his wife. Within hours this had been subjected to footballification and a defence of the PM had been invented. This wasn’t booing, it was a BBC conspiracy. The Remoaners at the BBC had apparently added a booing noise to the film to make it sound like the PM wasn’t popular when in fact, everyone was cheering him to the rafters. Reality was denied, a new reality written.

On the other side, some felt the BBC had actually minimised the booing in later reports and was being cowed by the government. However, the corporation said ‘The BBC did not change or edit the sound on any of its recordings yesterday’. It was all classic footballisation.

Some of the same people were accusing a BBC presenter of wearing ‘the colours of the EU’ as a way of protesting the royals and pushing an anti-Brexit agenda. It didn’t seem unconnected that the presenter was not white. Paranoia, seeing enemies everywhere, that is very much footballification too.

It all sounded like an anti-referee conspiracy to explain why Mike Dean had given a penalty against your club because everyone knows he hates you – look, here’s some footage of him smiling when a goal is scored against us, see, frame seven, he’s smiling. I knew it! Proof that he hates us.

Or how about the journalist who wore a Manchester United shirt for a charity game and the photo of him wearing it is proof he’s a biased United fan who is jealous of your club and thus everything he writes, no matter how in-depth, intelligent and well-researched, is worthless. All entirely based on a falsehood. All footballifcation.

The same footballification was on show in the jubilee vox pops on The Mall where someone professed to “love the Royal Family”. What? All of them? Even the one who appeared to have died a few years ago and yet was still wheeled out onto the balcony in full uniform, eyes blank, consciousness seemingly a distant relation. You love him? You don’t even know who he is. And what about the non-sweating one? You. LOVE. Him?

But footballification means you adopt a position and you stick to it. The Royal Family are your club and so you must love all of them and everything about the club. But footballification does lead you down some blind alleys. Some people on the Mall seemed confused. The Queen was “just like one of us” someone said, which is blatantly not true except on a basic molecular level, because she’s literally A Queen and lives in A Palace (albeit one that looks like a massive coal bunker) and we are not and we do not.

But despite being just like you and me, she is “very, very special” (so not like you and me) because “we don’t know what she thinks about anything”, someone said, as though being a void is some sort of state of holy grace. That’s the perfect scenario for footballification. If you know nothing about someone, it allows you to assign any and every virtue to them and then to begin to believe it, like it isn’t something you’ve made up, but an actual fact.

“She’s the most compassionate woman on earth,” was another profound insight. Presumably that’s why she coughed up £12 million to keep her son out of court. Wel,l given this is a story you’re making up, why not go big? It’s easy to be snarky, but such comments are simply really bizarre. The stuff of parody. But so much footballifcation is.

It reminded me of the raging Liverpool fan who called 606 back in about 2010 and was convinced that Dani Pacheco was going to be the best player in Europe for the next 10 years. He really thought it true and couldn’t believe he wasn’t getting more games. Briefly, we used to get raging emails from Liverpool fans about Dani and how he was the future around which the club should be built. They were apoplectic when he was sent on loan to Norwich and eventually let go. However, the facts say ‘The Assassin’ is still out there, has never scored more than six goals in any season, is now 31 and plays for Górnik Zabrze in Poland. He made 17 just appearances for Liverpool. All that faith and passion was very misplaced, as many knew. But to say so at the time encouraged much footballification wrath to descend upon your head, in much the same way saying anything negative about the Royal Family would have this weekend, unless you live in Scotland, of course (and I recommend you do, because it is brilliant).

The blind, unthinking loyalty, the regurgitating of propaganda, the spurious notions about the people involved, the indefensible opinions, making stuff up, the ability to ignore any negatives no matter how terrible and the paranoia that everything and everyone who doesn’t agree with you is against you – that is all pure footballification. It is the single most defining thing about public debate in 2022. Any issue. Anywhere.

Shades of grey are no good in a black-and-white universe. So why not get your blood up by inventing a narrative and letting that be your reality instead? Life is much less messy when you write your own script. Footballification simplifies everything into for or against. That’s why it’s hard to stop binging, once you get a taste.

Football showed society how to do this in the 21st century, it gave everyone the education, the tools and the route map to make a different reality, which the press and media amplified for clicks. However, the truth is, you can enjoy football without this mania, you can support the royal family or the Queen without having to make up anything ludicrous about any of them, the whole concept is ludicrous enough as it is. I mean, at one point apparently people were waving at a hologram. You can even support the Prime Minister, if you absolutely must, without inventing a media conspiracy against him to excuse every lie, everything he does wrong, or explain his unpopularity.

Actually, thinking about it, maybe you bloody well can’t. Maybe you have to build all of these things into a fictional space to make them acceptable because if you see them for what they really are, it is too awful. Dig deeper than the surface and you see where all the bodies are buried. Maybe footballification exists as a coping mechanism: a strong opiate to hide from the world behind.

It diminishes and dumbs down everything it touches. It makes us more distracted and more divided, which is exactly where those with money, land and power want us to be, so that we don’t see what they’re really like, what they’re doing and why. And who is one of the most powerful, richest landowners in Britain? Indeed.

We are being reigned over. We are subjects not citizens. Are we on our feet, or has footballification brought us to our knees?