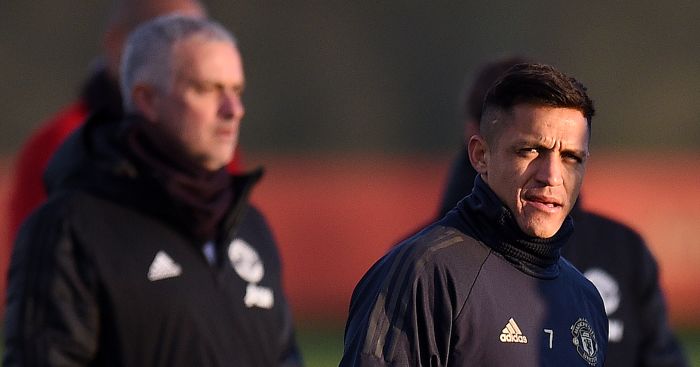 Alexis Sanchez is more set than ever on a move away from Manchester United after his latest snub from Jose Mourinho, according to reports.

The Portuguese coach left Sanchez out of his squad for United’s Champions League clash with Young Boys – which they narrowly won 1-0.

And the Daily Mirror reports that the Chile international is at ‘breaking point’ after not even making the bench for the match.

Sanchez has ‘set his heart on a move’ to Paris Saint-Germain with the ‘latest slight’ from Mourinho leaving him even more determined to leave Old Trafford after only a year at the club.

The report continues by claiming that Sanchez doesn’t believe he has a future under Jose Mourinho after less than a year at the club.

Mourinho confirmed that Sanchez wasn’t injured for the clash with Young Boys but didn’t explain the reasons for the Chilean not making the 18.

Not since the FA Cup final have United lost a game Sanchez has started but he has only scored one goal this season albeit an important winner against Newcastle.

The 29-year-old is on over £500,000-a-week and, despite telling ‘pals’ he wants to leave Manchester, his wages could be a stumbling block if he is looking to leave in January.