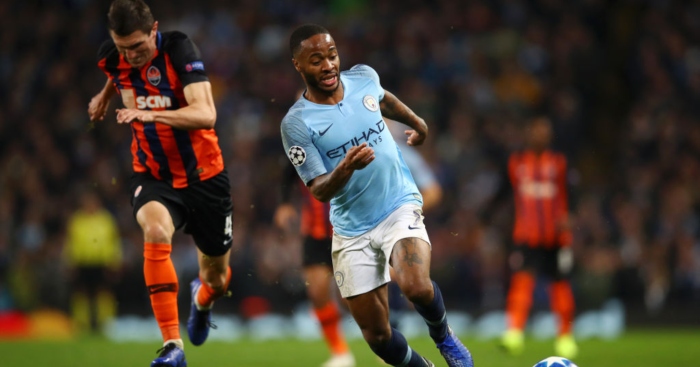 Welbeck Welbeck Welbeck
Now we’re not saying that the Express website are shamelessly trying to exploit clicks from Danny Welbeck’s horrendous injury, but…no, we are saying exactly that; his name features 26 times on their football homepage, with this headline our clear favourite:

Price of admission
Gareth Southgate named an England squad on Thursday. The most remarkable thing about that England squad is its ever-increasing size – lovely Gareth now simply names every player he has ever named previously, for fear of upsetting anybody. How else do you explain Fabian Delph?

But the newspapers need a back-page lead. And in the absence of the squad producing any actual stories, they have had to focus on Southgate’s admission that he has not talked to Wayne Rooney about his call-up. We say ‘admission’; it wasn’t an admission, just a statement of fact. It wasn’t really important.

So we get this:

That’s the back-page headline on the Daily Mirror. Because you speak to somebody using your mouth. And mouth sounds like south. And Southgate is the name of the England manager. And ‘gate’ is an over-used suffix for controversies (particularly when they are not actually controversial).

Which poor sod had to look through thousands of pictures of Southgate to find one where he is sort of covering his mouth (gate)?

Extra tabloid points to John Cross for sneaking an ‘admitted’ and a ‘confessed’ into the opening two paragraphs.

He probably just ‘said’ it, fella.

Never stop fighting till the fight is done
‘JOSE MOURINHO has dubbed Manchester City as ‘The Untouchables’ for their incredible form this season’ – The Sun online.

Nope. No he didn’t. Here is what he actually said:

“I focus on the four lines, focus on football. If you want to speak about their football potential we can speak and football potential starts with investment. After that of course there is a quality of the work, of the organisation, I think that is untouchable.”

And for the record, he still didn’t dub himself The Special One either. Why do people struggle with what he says?

There are my confessions
You might think that The Sun would leave well alone after Thursday’s ridiculous back-page condemnation of Raheem Sterling and a ‘sporting shame’ that saw Manchester City awarded a penalty they did not deserve. But no, The Sun are back for Day 2 of ‘THE DEBATE’ on something about which there should really be no debate.

Chief football reporter Neil Ashton sensibly writes that no blame should be attributed to Sterling, but in the other corner is Chief sports reporter (what’s that saying about too many chiefs, again?) Martin Lipton, talking – and we really have to be honest here – a right load of old bollocks.

‘IT has not been a great week for Manchester City – off the pitch at least.

‘Their alleged involvement in plans for a European Super League and attempts to dodge Uefa’s Financial Fair Play rules have cast a cloud.’

Hmmm. It’s at this point that we should note – because Lipton does not – that Chelsea, Arsenal, Liverpool and Manchester United are also involved in plans for a European Super League. Meanwhile, Manchester City have indeed come under fire for alleged FFP indiscretions but we’re not sure how that is connected to Raheem Sterling…

‘One that could have been lifted if they had done the ‘right’ thing on Wednesday.’

Yes. All that fuss about Manchester City basically cheating their way to success would disappear in an instant if Sterling had told the referee he was he had incorrectly awarded a penalty. UEFA would abandon plans for any possible investigation and the prospect of a European ban would instantly disappear. Because that’s definitely how this shit works.

‘Raheem Sterling had no moral obligation to confess his stubbed-toe tumble was entirely unaided by the Shakhtar Donetsk backline.’

‘But he KNEW it should not have been a penalty. So, too, did Pep Guardiola. Had either of them intervened by telling the officials, the reaction would have been global, general and emphatic approval for an act of pure sportsmanship.’

Pep Guardiola literally did this. He literally told the fourth official it was not a penalty. And the reaction – from your newspaper at least – has been two days of utter bloody nonsense.

Modern life is rubbish
Over to the Daily Mail and Martin Samuel, who says that Raheem Sterling is not a ‘bad guy…he’s just a product of the time’. Oh for f***’s sake. Apparently it’s modern life’s fault that a man did not do what almost no sportsman has ever done and owned up to not deserving a penalty.

‘Sterling didn’t dive, he didn’t cheat. There was nothing devious in his fall, no attempt to hoodwink the referee. It was just a mistake. He tried a dink-chip over the goalkeeper, the type in which Lionel Messi specialises, buried his toe in the turf instead and tumbled.

‘Some have argued he might have felt contact and thought it was a defender, but Sterling has admitted this was not the case. He just tripped, he says, and he should have confessed. He knows that now.’

Does he? He certainly didn’t say that. What he said was “I hit the floor and scuffed the floor. Apologies to the ref and apologies to Shakhtar”. At what point does he admit that he should have confessed? He really doesn’t.

‘His silence looks worse than a knowingly false ‘our ball’ shout because the image is so clear and the outcome – a penalty from which Manchester City scored – so influential. Yet it is little different really. He got away with what he could and only in retrospect did he feel guilt – and that is if we take his apology at face value, and not as damage limitation on the advice of City’s flustered media arm.’

He ‘got away with what he could’? All he did was not ask the referee to change a decision that he absolutely would not have changed anyway. That is all.

And you clearly did not take his apology at ‘face value’; you added your own interpretation about him ‘knowing’ he should have confessed.

‘For Sterling, for football then, this is a teachable moment. We know what must happen from here, but also what should happen at the time, no matter the stakes. There was an opportunity on Wednesday night to set an example, to instil better standards, and it was spurned.

‘And while it doesn’t make Sterling a bad guy, he missed the chance to be a good one. He’s not alone, though. Anyone might have done the same. Absolutely anyone.’

A ‘teachable moment’, for f***’s sake? A man tripped himself up and it was quite funny. Two days ago.

Hungary hippo
There are many contenders but are these the most patronising paragraphs ever written by a national newspaper columnist?

‘The one man who might have saved referee Viktor Kassai from embarrassment instead supported his rotten decision. There is justified debate around whether Kassai is of adequate standard for the Champions League but he is, apparently, the best referee in Hungary.

‘As UEFA officials come in teams from one nation, however, that means the man supervising the penalty area may well be Hungary’s fifth or sixth most gifted arbitrator. Does his experience make him a good judge of matches played in front of significant crowds, featuring elite players?

‘How many of Sterling’s class play in the leading Hungarian league, for instance? This is a competition with an average gate of less than 3,000, where the biggest club, Ferencvaros, are watched by roughly 9,000.

‘There were 52,286 at City on Wednesday and many would have wrongly perceived Sterling’s fall. These games are a huge step up in grade and mood for many of the referees and support staff.’

Yes. They definitely made a massive mistake because they are Hungarian. The campaign for all-English referees begins here.

Wilson filips
‘Callum Wilson has fired himself onto Chelsea’s radar. Bournemouth’s in-form hotshot Wilson is being tracked by the Londoners following his impressive start to the season’ – Daily Mirror, November 6.

‘ENGLAND rookie Callum Wilson is a £35MILLION target for Chelsea’ – The Sun, November 9.

Presumably it’s the price picked out of someone’s hairy arse that is ‘EXCLUSIVE’.

Matthew Crist on the Intertoto Cup