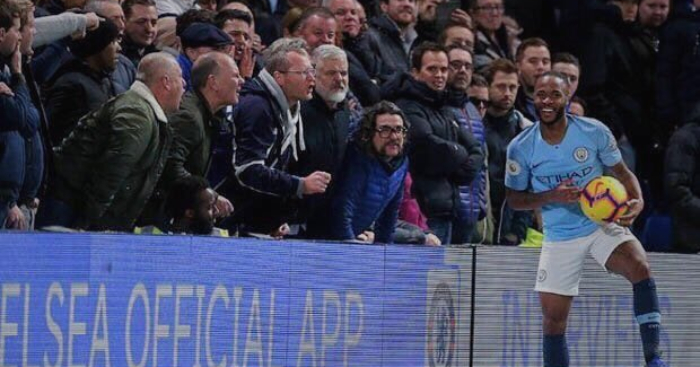 Laundry service
‘Manchester United stars have been told to prepare for a return to training on May 18 – and to clean their own kit.’

Mediawatch wondered why Simon Jones and Chris Wheeler (yes, two of them) neglected to end that sentence – the very first sentence of their Daily Mail piece about United’s return to training – with an exclamation mark. After all, we are presumably supposed to be astonished at this turn of events. Wash their own kit? What’s next? Buy their own underwear?

And then we see that this story actually appears on the back page of the newspaper – the actual back page! – with a headline of ‘UNITED STARS TOLD TO WASH OWN KIT!’ as if this really is astonishing news.

‘Players will have to drive to the club’s Carrington base alone, work in small groups, possibly on a rota basis if there are too many of them for a specific training drill, and then shower at home.

‘Perhaps most alien of all, they will have to wash their own dirty kit because the usual laundry facilities aren’t available at the club.’

Alien, indeed. Except Arsenal players have been doing exactly that since Monday. And every other Premier League club will surely follow suit. Because there is a pandemic and most workplaces have had to introduce social distancing measures. Crazy, right?

Shock tactics
And where one leads, others inevitably follow…

‘Man Utd stars told to prepare to return to training on May 18… and wash their own kits’ – The Sun.

‘Man Utd to restart training on May 18 with players washing own kit and showering at home’ – Daily Star.

”People just expect that’ – Man United stars in for a shock as they get ready for Premier League return’ – CaughtOffside.

It will only be a ‘shock’ if they have not been paying attention over the last month.

Enter the dracon
The Daily Mirror have their own back-page ‘exclusive’, with Neil McLeman writing that ‘PREMIER LEAGUE players will have to wear face masks in training and footballs will be disinfected by staff wearing PPE’.

And he calls these ‘draconian rules’. Which is one hell of a way to describe ‘standard workplace procedures in these very, very difficult times’.

NEWSFLASH: If football wants to return (and it probably shouldn’t) then Things Will Not Be As They Were. Because nothing is.

Kitson is described as ‘one of British football’s brightest former players’ as he uses ‘launches a manifesto in today’s Sportsmail to drag the union out of the dark ages’.

Is this the same Dave Kitson that accused the likes of Raheem Sterling of “bringing it on themselves” after he was abused? Yeah would love him fighting my corner. https://t.co/SMoDxmv5aL

Indeed it is, Steven. You can read all his comments here but here are the highlights:

“I do believe that players make themselves a target. Why Raheem Sterling? There are other black players on the pitch, every single week.

“I just think that we have a duty of care to ourselves as footballers, to be a little bit careful with social media, and the way we portray ourselves.

“Jealousy is an awful thing amongst the human race.

“I trawled through Raheem Sterling’s Instagram feed this morning to find that a lot of what he put on in his early days has now been deleted.

So Kitson ‘trawled’ through Sterling’s Instagram feed to find a reason why anybody would racially abuse him (which is in itself a ridiculous thing to do on a Sunday morning), failed to find any and simply ploughed on anyway. It cannot be that he was wrong and had got that wrong impression from a media obsessed with Sterling’s supposed ‘bling’ lifestyle; it must be that Sterling has deleted those posts. There can be no other explanation.

Dave Kitson – ” I trawled through Raheem Sterling’s Instagram feed…And it was, ‘look at my cars, look at my house, look at this bathroom, look at this, look at that, look at me.’ And that’s going to antagonise people” pic.twitter.com/y0BLBrhMMf

Anyway, all that has been forgotten because Kitson is here with a manifesto, which handily lays out his 10-point plan. And right at the bottom is No. 10 (as is traditional):

‘Investigate whether BAME players feel they are being properly supported, amid continued evidence of racism in the game.’

Maybe he could ask Raheem Sterling. Or Tyrone Mings, who pulled out of a planned interview with TalkSport in disgust at Kitson’s comments.

Ordinarily we might be surprised that Kitson would be given the gift of a back-page advert in a newspaper, but this is the Daily Mail and the writer is Ian Herbert.

A reminder, should it be required, that Beardsley watched a young African player struggle on some climbing equipment and said: “Why are you taking so long? Your lot should be good at this.” He has since been banned from football.

And it was Herbert who then wrote a positive story about Phil Foden buying a house for his mum, which was specifically cited by Raheem Sterling when he accused newspapers of fuelling racist abuse. And thus the circle is complete.