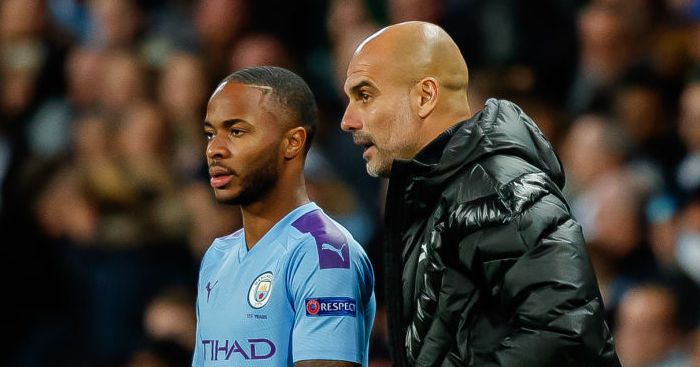 Pep Guardiola has twice relayed the same message when unveiled at a new club. In 2008 at Barcelona, aged just 37 and with a full head of hair, he was taking his first steps into the senior coaching world, but the confidence and belief in his approach was so strong that everyone – in the media and his squad – followed him down a path yet to be laid. By the time he said it again eight years later at Manchester City, that destination had been found. Anyone who walked it with the Spaniard would eventually taste success.

Rather than promising anything, though, Guardiola only gave one insight: “Fasten your seatbelts.”

His managerial career has completely dwarfed his time as a player which, in itself, is no mean feat. As the Blaugrana’s number four, he made Johan Cruyff’s ‘Dream Team’ tick, and it was the Dutchman who planted the seeds of Guardiola’s own footballing philosophy.

Standing on the Camp Nou touchline, he lifted three La Liga titles and two Champions Leagues in four years, before playing his part in cementing Bayern Munich’s Bundesliga dynasty in Germany. His job at City is certainly his most challenging to date; it requires not only a regular influx of silverware but the permanent growth of the club’s reputation to a similar standard of both those he left behind.

Should he stay on at the Etihad Stadium beyond the end of the current campaign, it will be his longest reign of all, which proves his commitment to the huge project in Manchester. Arguably the greatest triumph of his career has occurred there. And forget setting countless records and winning a domestic treble last season, defending the Premier League and Carabao Cup in the process, for one second: this particular success cannot be measured in medals.

Every coach has their critics, especially one as paradigm-shifting as Guardiola. The two main counts against him are that he has only ever worked with either the greatest players around – notably Xavi, Andres Iniesta and Lionel Messi at Barcelona and Phillip Lahm at Bayern – or a bottomless pit of money as he does at City. Yet, others have had the privilege of working with such favourable conditions and not broken barriers like he has. The style and substance his teams produce is unmatched anywhere, and the only way to knock him is to fabricate the idea that somebody else could do more had they been fortunate to work where he has. For all the money spent, the intensity and detail in his philosophy, put forward on the training ground, is his most impressive asset.

Just ask Raheem Sterling. The rise of the City and England star doesn’t seem to be stopping anytime soon. Sterling has had to battle so many stereotypes, accusations and doubts over the course of his career, and has managed to conquer them all in three years alongside Guardiola. Now, much like his manager, he regularly shows how unfounded much of his criticism is, and again like Guardiola, he has unearthed new ground for those who will follow him.

At Liverpool, and under Manuel Pellegrini at City, Sterling was, like many before him, a player with talent and promise but a number of issues in his game that could stop him fulfilling it – particularly his end product. He often flattered to deceive, rarely delivering on the biggest stage when it mattered most; today, he is possibly the first name on the team sheet, the man Guardiola, and most supporters, trust above all others. Of course, Sergio Aguero and Kevin De Bruyne, when fit, can lay a decent claim for that title, too.

Radical change and improvement is nothing new for Guardiola. Along with the trophies, they’re his main selling point. Introducing the world to the idea of Messi playing as a false 9, or fullbacks joining the midfield, as he did with Lahm and David Alaba at Bayern, don’t come close to what he has done with Sterling. Guardiola has dismantled one of the biggest issues levelled at him by rising the level of a player who could have floundered, rather than adding extra strings to an already elite player’s bow.

Whether he has done this before is debatable, but if he ever has on a similar level simply isn’t. Sterling cost City £44m in 2015, a year before Guardiola’s arrival, and for a long time he looked as though he could be crushed under the weight of his price tag. Four years on, he is arguably worth at least three times that amount in the current market.

The statistics, while failing to tell even half of the story, do help spell it out. In six games this season, Sterling has scored as many Premier League goals as he did in his entire debut campaign at City. But the real proof lies in his growth as a man and a player. He stands tall when he once shrunk, he passes when he was once dispossessed, he scores when he once missed. Saturday night’s victory at Everton offered a glimpse of the kind of chance he used to consistently pass up, and the goalscoring reaction to it only proves his incredible development, which has coincided with a marked improvement in the England set-up. Months and months passed without an international goal before this season. In European qualifiers, he has six. He commands respect like the world beater he has now become.

Changing perceptions and challenging prejudices have been his crowning glory, though. He continues to combat and raise awareness of racism in the modern game, turning doubters into believers everywhere.

In Sterling, Guardiola has created a masterpiece. There is no greater proof of his coaching ability, and no better success for him as a manager. Seatbelts are fastened, because there is more to come on this particular rollercoaster.