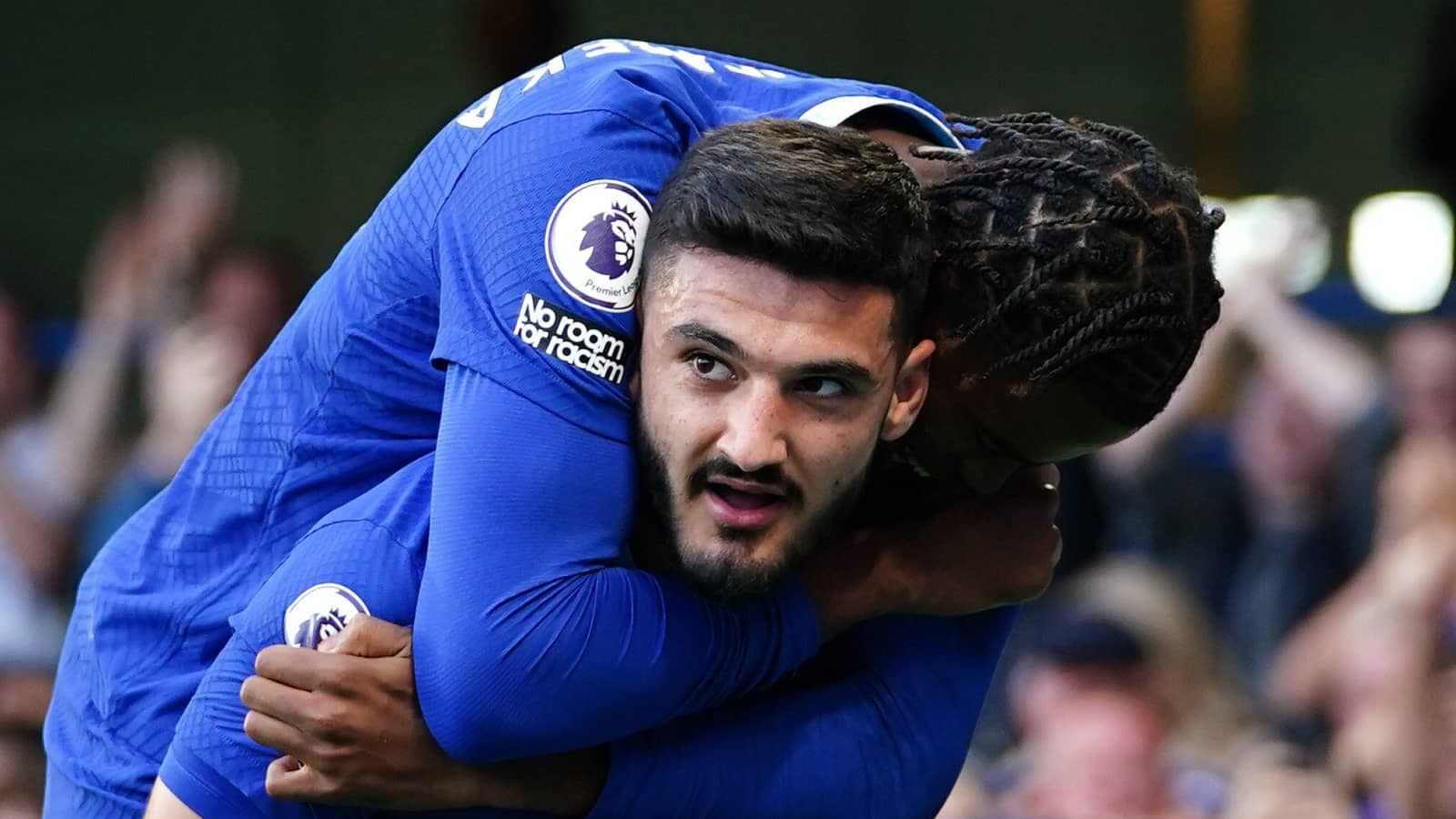 Raheem Sterling has made a rogue shout that Chelsea striker Armando Broja will be ‘the next one’ to turn into a star.

Sterling has played with some of the world’s finest attackers for both club and country. Indeed, he has lined up alongside Harry Kane, Luis Suarez and Sergio Aguero to name a few.

Given he has played with such accomplished forwards, it would seem he knows what talent looks like. The Chelsea man thinks the next breakout star is playing alongside him at Stamford Bridge, too.

“I always say he [Armando Broja] is the next one. It’s him. I’ve heard a lot of things about him before but never really watched him. He’s the truth,” he told UMM.

It is somewhat surprising that Sterling thinks his young teammate will be the next best thing. Granted, he had a decent spell on loan at Southampton last season, where he scored eight goals in all comepitions.

However, those are not world-beating stats. Nor are his numbers so far at Chelsea: in 18 appearances – though only three of those have been starts – he has scored one goal and provided one assist.

Perhaps when given more playing time, his quality will become more evident. That he was not loaned out again or sold over the summer shows the faith Chelsea have in Broja.

They may be waiting until he is fully ready until they unleash him to the world. However, reports have stated that he may be used as a makeweight in a potential deal for AC Milan striker Rafael Leao.

Whether or not that does happen remains to be seen. One thing is for certain: Sterling feels the 21-year-old has qualities that will stand him in good stead.

“Armando Broja. Fastest man in the world. When people see him properly…yeah,” he added.

A marriage of pace and an ability to finish should make Broja a dangerous player in years to come. Indeed, it seems he has the right features to make a name for himself in the Premier League.

Chelsea have tended to struggle in finding a striker that has everything they are looking for. Given a four-time Premier League winner thinks they have one under their noses is certainly a good sign for the Blues.

They will hope his abilities begin to come to the fore in a Chelsea shirt the more he plays.