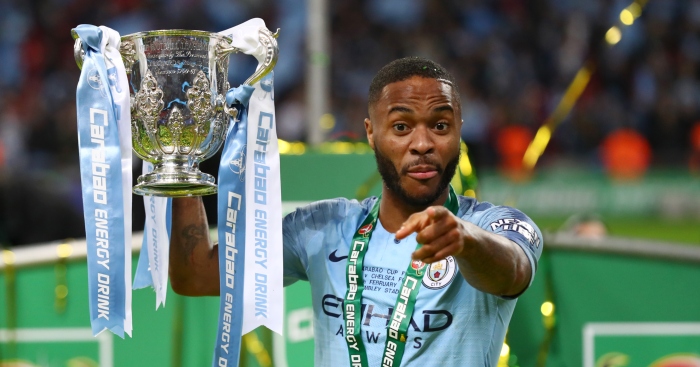 Raheem Sterling has opened up on the negative portrayal he has been subjected to in the media.

Sterling has long been victimised by the country’s newspapers, with Euro 2016 a particular flashpoint for the supposed ‘footie idiot’.

The Manchester City winger has rarely spoken out about the abuse he has faced, but felt compelled to break his silence after despicable scenes against Chelsea in December.

Sterling has now discussed the situation in a fantastic interview with the New York Times.

“From the very start of my career, there has been a perception of a flashy kid from London: loves cars, loves the flashy lifestyle,” he said.

“I’m not saying I’m a saint or anything, but that is the complete opposite of who I am.

“These people do not know me. They will define me by what they read about me; that is how they will treat me. When people are making the public believe you are a character you aren’t, that is hurtful, and it is degrading.”

When asked whether he believes the negative way he is presented in the media is because he is black, Sterling replied: “One million percent.”

He continued: “It is not just me. Whenever you see a report on a black player or a black entertainer it has to end up with money, or bling, or cars, or something flashy.

“With a successful white person, it is nice, short, sweet, what a lovable person. Name me one white player who is thought of as ‘blingy’.

“It is a stereotype of black people: chains and jewelry, bling and money. These are words that are associated with black people. If I was showing 10 cars on my driveway, if I was on Instagram biting my gold chain, or with two Rolexes on, you can call me flashy. But you can’t label me as that if I am not portraying that.”

Sterling also reacted to the fact that his decision to fly with budget airlines or to shop at Greggs is supposedly newsworthy.

“There is a lot more going on in this world than me going to Greggs,” he said.