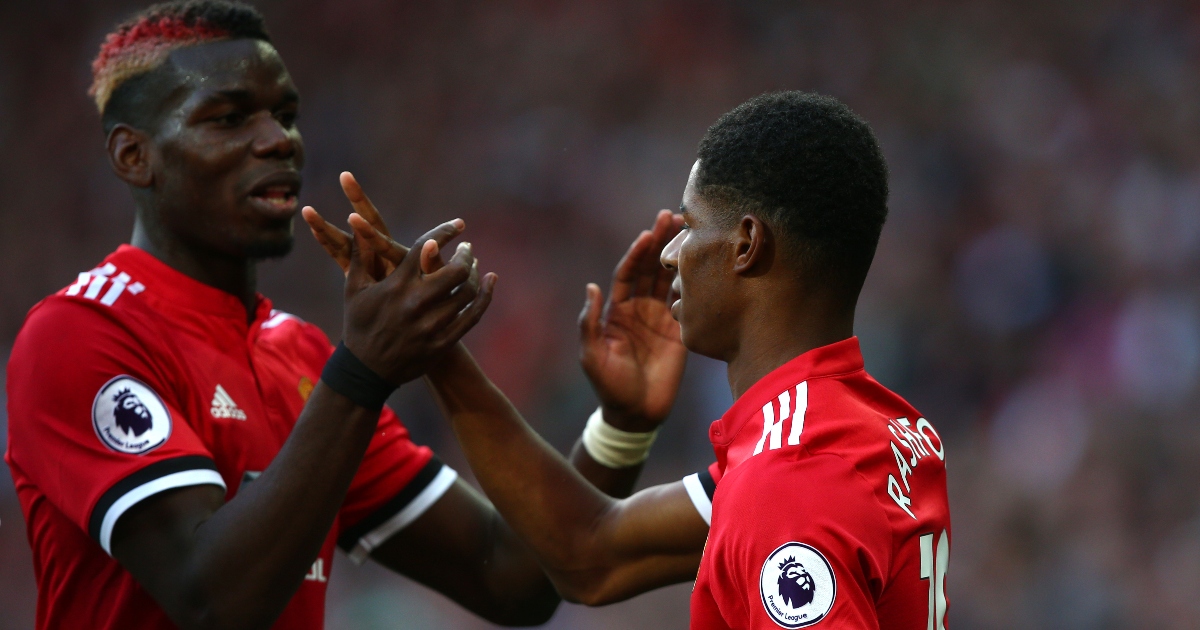 Marcus Rashford is among the Manchester United stars attempting to persuade Paul Pogba to remain at the club.

Pogba has so far refused a new deal at Old Trafford, with United keen to either tie him down to an extension or allow him to leave this summer.

The Frenchman’s current deal ends in a year’s time, when he would be allowed to leave for free, meaning United would rather cash in now if he is not willing to extend his stay.

MAILBOX: Varane signing is proof of one key change at Man United

Paris Saint-Germain are reportedly interested in the midfielder, signed by United for £89million five years ago.

But several of the big guns at United are said to be in Pogba’s ear, attempting to persuade him to remain at the club.

A source told The Sun: “Rashford and several others have been doing everything to convince Pogba to stay.

“They believe the team would lose a key man if he goes as he’s seen as a genuine world-class talent among the squad.

“He’s also a leader in the dressing room — one of the players the younger ones look up to when the team is struggling.”

But the report claims Pogba has told his teammates he has made a decision over his future and is waiting to finalise details.

What that decision is, we don’t know, but the need for Rashford to talk with his teammate suggests Pogba is getting ready to leave.

It’s hoped that the imminent arrival of international teammate Raphael Varane from Real Madrid – in a four-year deal – might help to convince Pogba to stay.

United confirmed on Tuesday that they had ‘reached an agreement with Real Madrid for Varane, subject to a medical and to player terms being finalised’.

And talkSPORT pundit Ray Parlour believes that the “excellent” defender can form an impressive partnership with Harry Maguire.

Parlour said: “Man City were so good defensively last year. That’s what they really improved on.