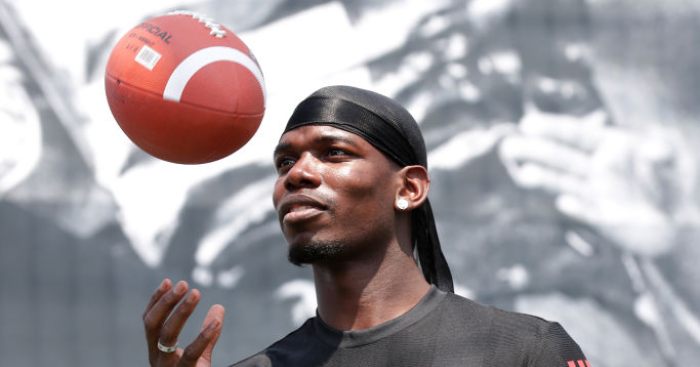 Manchester United midfielder Paul Pogba is determined to leave the club this summer, according to his agent Mino Raiola.

Raiola claims he is already in the process of trying to move on the France international, who has been linked with Real Madrid and a return to former side Juventus, and manager Ole Gunnar Solskjaer is aware of the player’s intention to depart.

“Everyone within the club from the manager to the owner knows Paul’s wishes,” he told The Times.

“Everyone knows the willingness of Paul to move on. We are in the process of that.”

It is the last thing Solskjaer needed to hear with United due to fly to Australia for the first leg of their 20-day pre-season tour at the weekend.

Last month Pogba announced on a promotional trip to Japan that “now could be a good time to find a new challenge somewhere else”.

It is understood he was given permission to be absent for the start of pre-season training this week – as were Marcus Rashford and David De Gea – with Solskjaer taking into account Pogba’s workload over the last 18 months which saw him win the World Cup with France last summer.

United expect him to be on Sunday’s flight Down Under but Raiola’s comments put his future at Old Trafford in further doubt.

Solskjaer, meanwhile, has confirmed Manchester United are working on another two possible signings this summer.

United have already brought in Daniel James and Aaron Wan-Bissaka ahead of the 2019-20 Premier League campaign.

The club are understood to have had a £70million bid for Leicester’s England defender Harry Maguire rejected, while they have also been heavily linked with Newcastle’s Sean Longstaff.

“It’s a long-term and it’s a short-term project. You cannot just think three years down the line, so we’ve got short-term goals as well,” he told manutd.com.

“I think we’ve been quite calm and good in the market as we’ve got the right people, and we’re still working on a case or two.

“Of course, we’re always looking to improve the squad and, all over the summer, I’ve been in touch with Joel (Glazer) and Ed (Woodward) and all the recruitment people and analysis people.

“I’ve got to say it’s been very good so far. I’ve got the backing and we’ve got the people we wanted, for now, and there will probably be some more business being done.”