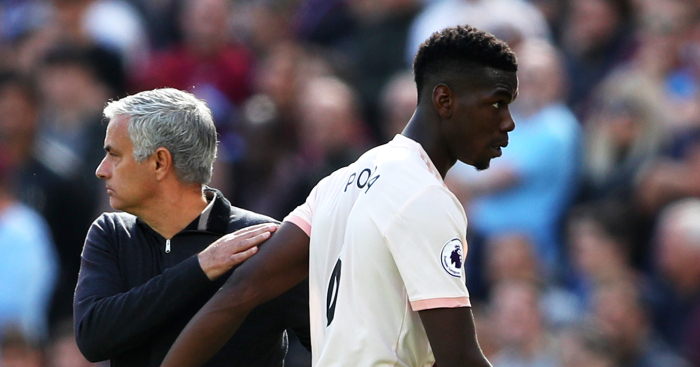 Mino Raiola has confirmed that Paul Pogba and Jose Mourinho’s relationship at Manchester United has improved.

Pogba and Mourinho have clashed at times this season, most notably during an open training session in September.

The Frenchman was removed as “the second captain” by Mourinho that same month, and was even said to be ’embarrassed’ to play under the manager in October.

But agent Raiola believes the two have now “patched up” their differences, and United’s recent form suggests he might have a point.

“He has patched up his rapport with Jose Mourinho and is calmer now,” he told RaiSport.

“He feels important to Manchester United, even if Turin and Juventus remain in his heart.”