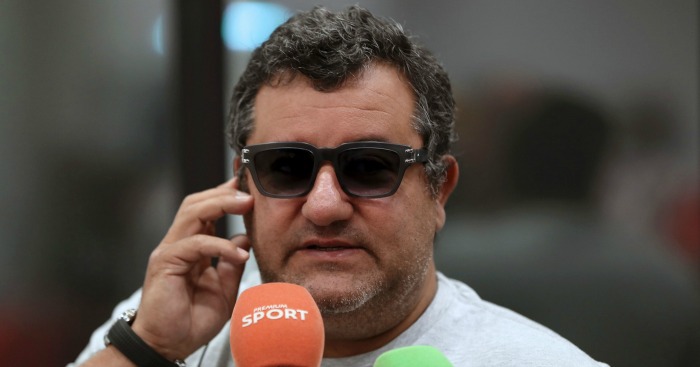 Mino Raiola has given Chelsea and Manchester United hope in their pursuit of Erling Haaland by claiming there has been no contact with Barcelona presidential candidate Emili Rousaud.

Should Rousaud win the race to become president of the Catalan club he is reportedly interested in making a move for the Norwegian star.

MAILBOX: Why Lingard would be perfect for Mourinho at Spurs

And according to Josep Maria Minguella, Rousaud’s aide, Haaland would join Barcelona.

Minguella told AS: “We know all the conditions and if we win, the following day I will call Mino Raiola and we will accept those conditions. I have already advised him of that.

“We have a world-class sports project that is not showing just now, but Emili Rousaud has a plan that will turn this unfortunate situation (at Barcelona) around.”

Haaland has continued the unbelievable start to his career this season, scoring 17 goals in just 14 games for Dortmund.

The 20-year-old has a release clause in his contract of £65million, but that does not come into effect until June 2022.

Any deal completed before that date would likely have to include a significantly higher fee.

But Raiola denies there is any agreement with Barcelona which is good news for Chelsea and Manchester United.

Raiola told Sport1: “Fake news. I’ve never talked to any presidential candidate of Barcelona regarding Haaland and I won’t do.

“If there will be a new president elected in January, he can call me.”

Reports in Italy have claimed Chelsea boss Frank Lampard wants to strike an agreement with Haaland in January.

And Ole Gunnar Solskjaer is known to be an admirer of his countryman as he looks to strengthen in the transfer window.