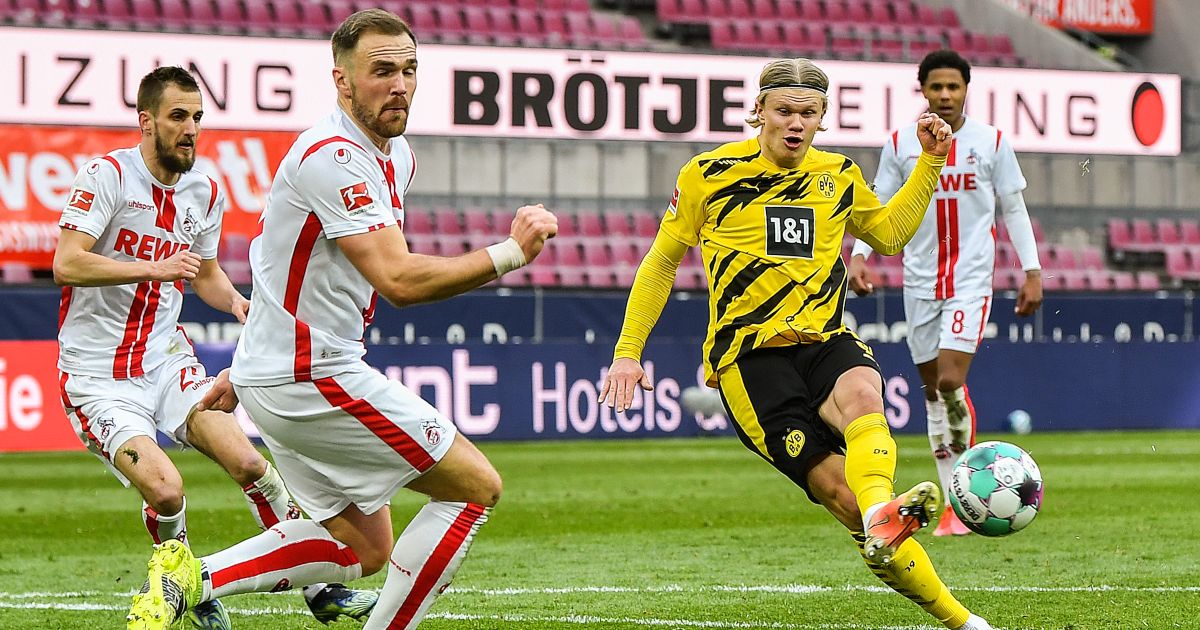 Haaland is arguably the hottest property in world football right now with reports of interest from most of the top clubs around Europe.

The Norway international has scored 78 goals in his last 76 matches for Borussia Dortmund and previous club RB Salzburg, with no let up in sight.

That has led to rumours that a number of clubs will make their move for him this summer, rather than wait until the summer of 2022 when a reported €75m release clause kicks in.

Transfer expert Fabrizio Romano claimed yesterday that Haaland’s agent Raiola had spent yesterday in Barcelona talking to the Catalan giants over a potential move for his client.

This followed talks with Dortmund over Haaland’s future with an array of clubs linked to the Norwegian, including the likes of Man City, Man Utd, Chelsea, Real Madrid and Bayern Munich.

The report added: ‘These four clubs, the only ones in England with the financial muscle and sporting project to convince Haaland, would be Chelsea, Liverpool, Manchester United and Manchester City.’

Meanwhile, Paul Merson recently claimed that Harry Kane brings more “to the party” than Haaland when clubs decide who to pursue this summer.

Merson said: “He’s got an all-round game and I personally think he’s the best centre-forward in the world, he’s the only player I know who has got the whole package.

“People will go ‘oh (Erling) Haaland, he’s 20, he scores goals, that’s what he brings to the party’. Kane brings everything to the party.

“He’s got an array of passing, he can put people in, he can join the play. I can’t talk highly enough of the lad, I really can’t, he’s a special, special player.

“I’m not sure about it (breaking Shearer’s record), at 30, 31 he’s still got to get 25 a season. He can play so much deeper and he’s a team player. He’s not someone like an (Sergio) Aguero who’s just going to sit in the box.”