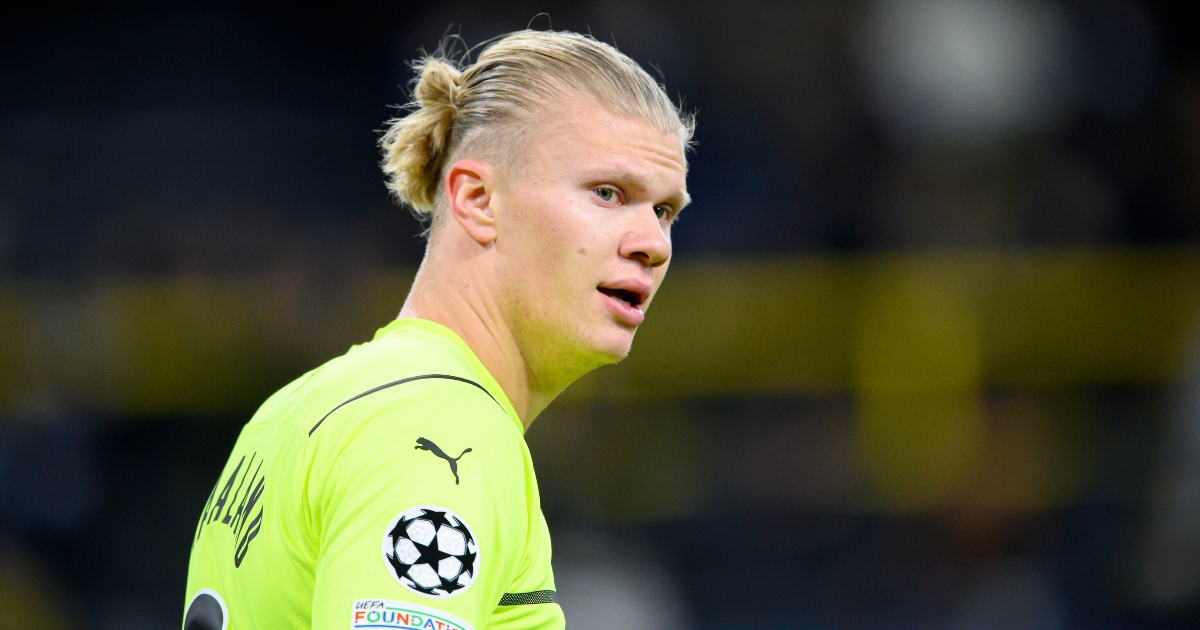 The agent of Borussia Dortmund phenomenon Erling Haaland has named four clubs as possible destinations for the forward, including one Premier League side.

Haaland has been linked with a move to a number of the top clubs around the world ever since bursting onto the scene at RB Salzburg.

The Norwegian initially chose Dortmund as his next club but after continuing to impress in the Bundesliga, a move to an even bigger club is expected in the summer.

Five great Premier League managers who were awful in Europe

Premier League sides Liverpool, Manchester United, Manchester City and Chelsea have all been linked with a move for the forward as well of the likes of Spanish giants Real Madrid and Barcelona.

Dortmund’s rivals Bayern Munich have also been linked with the 21-year-old.

The aforementioned European trio are all named as possible suitors of Haaland by his agent Mino Raiola, as are Pep Guardiola’s Man City.

Speaking to Sport1 (via Sky Sports), Raiola said: “He can and will take the next step. Bayern, Real, Barcelona, City — those are the big clubs he can go to. City has won the championship five times in recent years, significantly more than United. We all knew when we moved to Dortmund that this step would come.”

The words from Raiola come as bad news for Man Utd and interim manager Ralf Rangnick, who reportedly told the Old Trafford hierarchy to make a move for the Dortmund man.

United do have a history of signing from Dortmund after bringing in winger Jadon Sancho in the summer, a move which persuaded the German club to keep Haaland and not sell two of their stars in one window.

Raiola admitted that a move last summer would’ve benefitted Dortmund financially but he respects their decision to keep him.

“A transfer last summer would definitely have been better for them economically. But they looked after the good of the club, the fans, the team and the success. I have a lot of respect for this decision.”

The agent also admitted a decision will have to wait until next summer.

“We will tell BVB [Borussia Dortmund] what our idea is and BVB will tell us their ideas. But no decision will be made in the winter.

“He is someone who wants to develop, who is looking for new challenges. And of course it’s also a question of the alternative. You only change if you have a better alternative.”