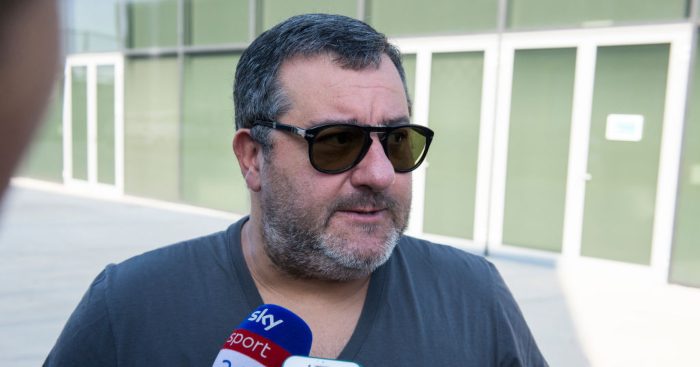 Paul Pogba needs to see if he is in Manchester United’s plans for the future before deciding his future in the summer, according to his agent Mino Raiola.

Speculation over Pogba’s future at United rumbles on, with his agent Raiola refusing to rule out a summer move for the France midfielder.

Pogba, who returned to United from Juventus in 2016, has fuelled talk about his future by admitting his openness to a new challenge in the summer.

Raiola told Sky Sports: “I expect my players to be happy and I expect the clubs to be happy. That is my work. I do not want to work in front of what might be happening in the summer.

“For now he (Pogba) needs to be getting fit and then it is my job to get both parties if possible, happy. If one of those parties is not happy then there are other ways to resolve that.

“But that is not today the way to talk or to speculate. I don’t say anything for sure. There’s only one thing for sure in life and that is that one day you die.

Raiola was quoted last month suggesting that he would stop bringing his players to Old Trafford amid more speculation over Pogba’s future.

The 52-year-old has now questioned United’s “project” and whether Pogba still wants to be part of the club’s plans after the summer.

“The quotes were a little bit strong but I think what I meant is that Manchester United needs to get their project right, otherwise there is no sense. I said what I said,” Raiola added.

“Everybody knows the ambition from both parts has not been met the last few years. Let’s be honest, let’s talk about the elephant in the room.

On his relationship with the club, Raiola said: “I think it is good, it is a professional, honest relationship. I have never spoken to Ole, I hear he is a fantastic person and fantastic man.”