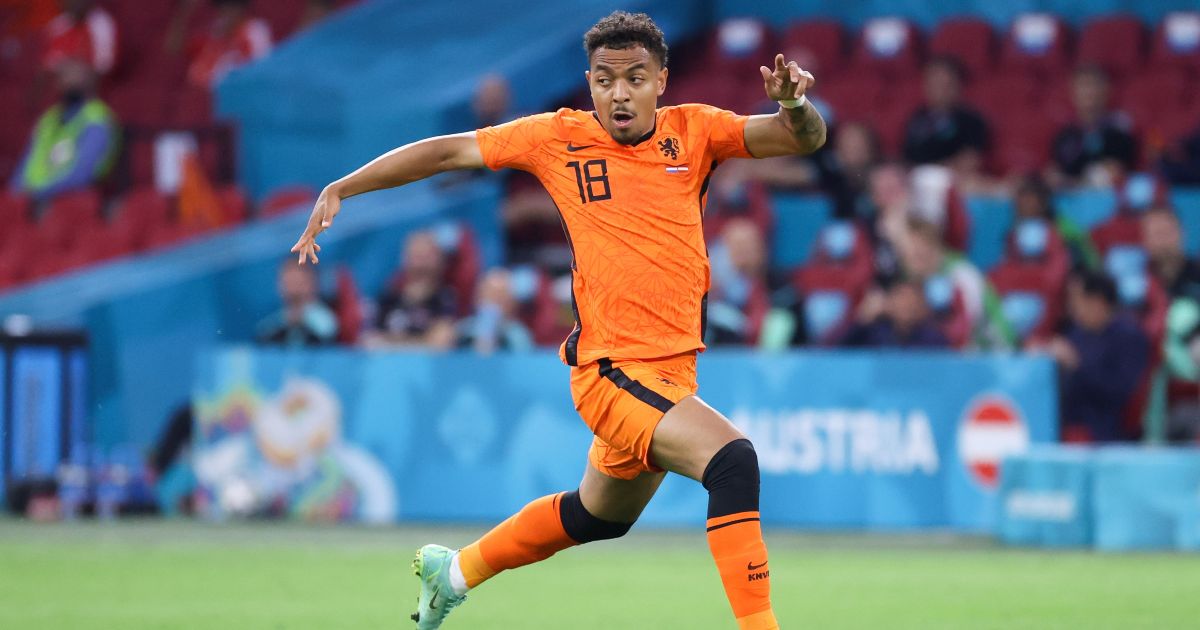 Liverpool are in talks with Mino Raiola over the possibility of bringing PSV forward Donyell Malen to Anfield, according to reports.

With rumours Xherdan Shaqiri will leave Liverpool this summer for the right price and Takumi Minamino’s future up in the air, the Reds could be after a new forward this summer.

Roberto Firmino and Sadio Mane struggled to hit the heights of the 2019/20 last season and a bit more competition could be healthy.

Jurgen Klopp brought Diogo Jota to Anfield from Wolves last summer and the Portugal international had a good first season at the club. And Liverpool could now look to improve further.

There has already been speculation that Liverpool could sign Kingsley Coman and Lorenzo Insigne this summer, suggesting that Klopp could be in the market for a forward player.

PSV’s Malen is another name who has been mooted with Liverpool reportedly opening talks over a possible deal towards the end of June.

The Netherlands forward is set to leave PSV this summer after scoring 27 goals last season before impressing at Euro 2020.

It is understood that Dortmund are favourites to land Malen with the Dutchman set to cost the Bundesliga side or Liverpool £34m.

Voetbal International journalist Marco Timmer reported a couple of days ago that Liverpool are a ‘candidate’ for Malen’s signature  – with the club in talks with his agent Raiola – but that Malen ‘not yet made a final choice’ over where he sees his future.

And now BILD (via Sport Witness) claims that Raiola wants Dortmund and Liverpool to increase Malen’s salary ‘three-fold’ if either club want to sign the forward this summer.

Malen earns €2m a year at the moment while it is also claimed that PSV are ‘asking well over €30m’ from any interested parties.

Speaking after Malen starred in the Netherlands’ 3-0 win over North Macedonia at Euro 2020, head coach Frank de Boer said: “Ruud van Nistelrooy is right that it is Malen’s international breakthrough but he will have to show it every time he plays.

“I think he has what it takes to become a major international player. If you’re a connoisseur and you like football, you can see the quality in him. That is why everyone is very charmed by him.”