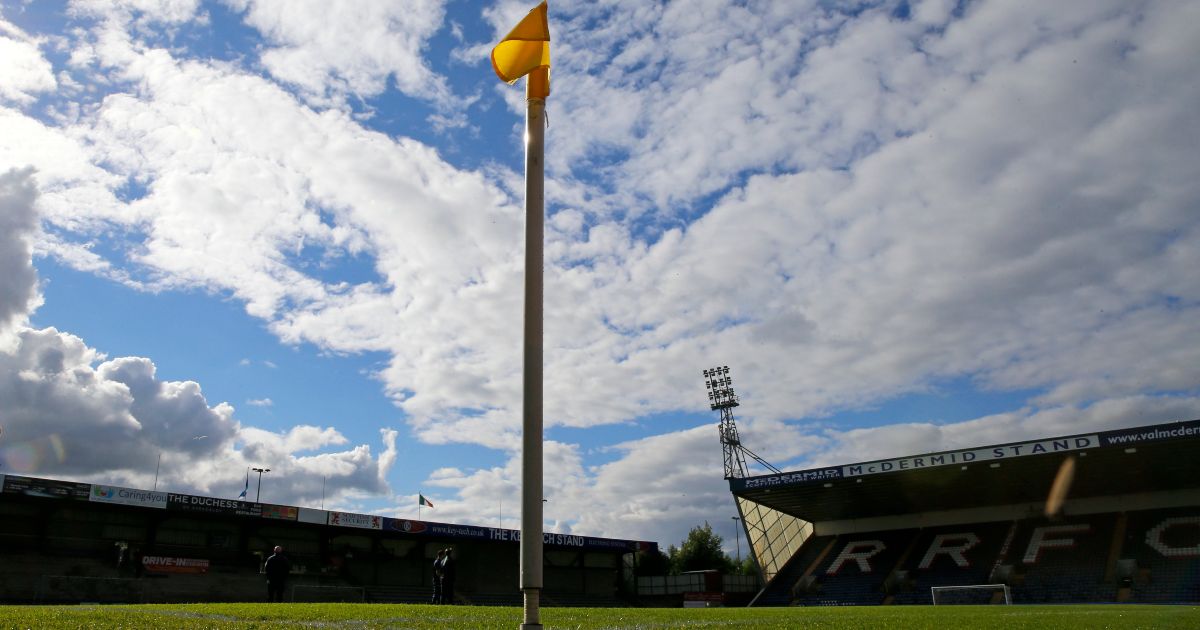 Raith Rovers chairman John Sim has released a statement admitting they “got it wrong” after hiring rapist David Goodwillie.

The pressure had been building on the Scottish Championship club in recent days with their women’s team said to be “completely distancing themselves” from the club.

Club sponsor Val McDermid revealed the women’s and girls’ teams were cutting ties with Rovers following the signing of Goodwillie, who was found by a judge in a civil case at the Court of Session in 2017 to have raped a woman.

Goodwillie, who never faced criminal charges, had been playing with Clyde for almost five years but Raith’s decision to sign the 32-year-old former Scotland, Dundee United, Aberdeen and Blackburn striker has caused a furore.

Crime writer and former Raith board member McDermid had warned against the signing several weeks ago and announced she was ending her sponsorship and “lifelong support” of her club on Tuesday.

And following the uproar, including condemnation from former Prime Minister Gordon Brown – who is a Raith fan – the club chairman came out and confirmed that the player would not be playing for the club and that they would speak to Goodwillie over his “contractual position”.

A statement on their website read: “I firstly want to apologise wholeheartedly to our fans, sponsors, players and the wider Raith Rovers community for the anguish and anger caused over the past few days.

“We got it wrong.

“In reaching our original decision, we focused far too much on football matters and not enough on what this decision would mean for our club and the community as a whole.

“Over the past couple of days, we listened carefully to the fans who have got in touch and I’m very grateful for their honesty. As chairman, as a board and as a management team, we have all learned a hard but valuable lesson.

“This very unfortunate episode is something that we all bitterly regret and we are now wholly committed to making things right. I can therefore confirm that, following a meeting of the Raith Rovers board, the player will not be selected by Raith Rovers and we will enter into discussions with the player regarding his contractual position.

“We share a desire to do what is best for our club and will be doing everything in our power to regain the trust and confidence of the Raith Rovers family.”