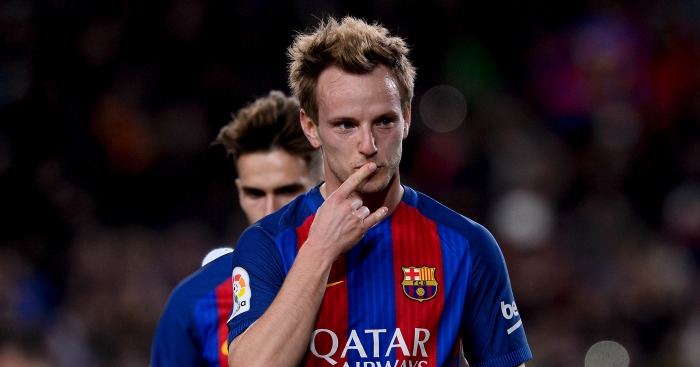 Ivan Rakitic has emphatically pledged his future to Barcelona, amid reports of a falling out with the club.

Several newspaper reports recently have linked the Croatian midfielder with a move to the Premier League.

That came after Rakitic had fallen out of favour at Barcelona, regularly left out of the team by Luis Enrique.

However, Rakitic could not have more clear when rejecting rumours of a bust-up with Enrique.

“Luis Enrique has helped me enormously, giving me confidence straight away, as did my teammates, which enabled me to work calmly,” Rakitic told France Football.

“It was Luis Enrique who asked the club to sign me.

“If I had to throw myself off a bridge for him, I would do it without hesitation.

“With just a look or a smile, he gives you the confidence necessary to succeed.”