Home All The News Rakitic: It would be an ‘honour’ to play under Pep 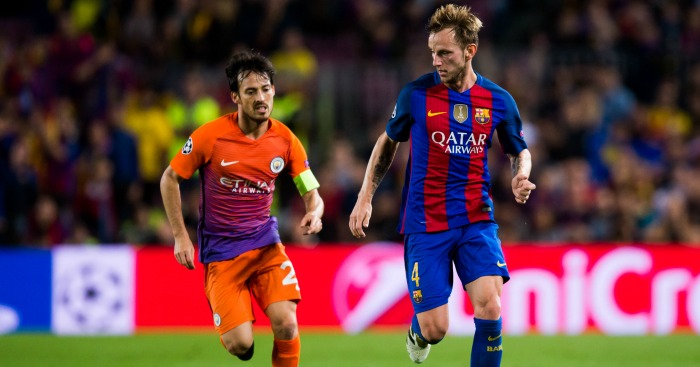 Barcelona midfielder Ivan Rakitic has revealed his desire to play under Manchester City boss Pep Guardiola at some point in his career.

Rakitic will face Guardiola’s side on Tuesday, when City host Barcelona aiming to avenge the 4-0 defeat at the Camp Nou earlier this month.

And the Croatian, who has shone at Barca since joining from Sevilla in 2014, has spoken of his admiration of the Spanish giants former player and manager.

“Hopefully I’ll get to work with Guardiola at some point, if not we can at least grab a coffee,” he said.

“I chose the No. 4 mainly because of him, it was an easy decision when I saw it was available.

“He’s one of the best in the world, and I wish him all the luck in the world, except for tomorrow. It would be an honour to work with him.”