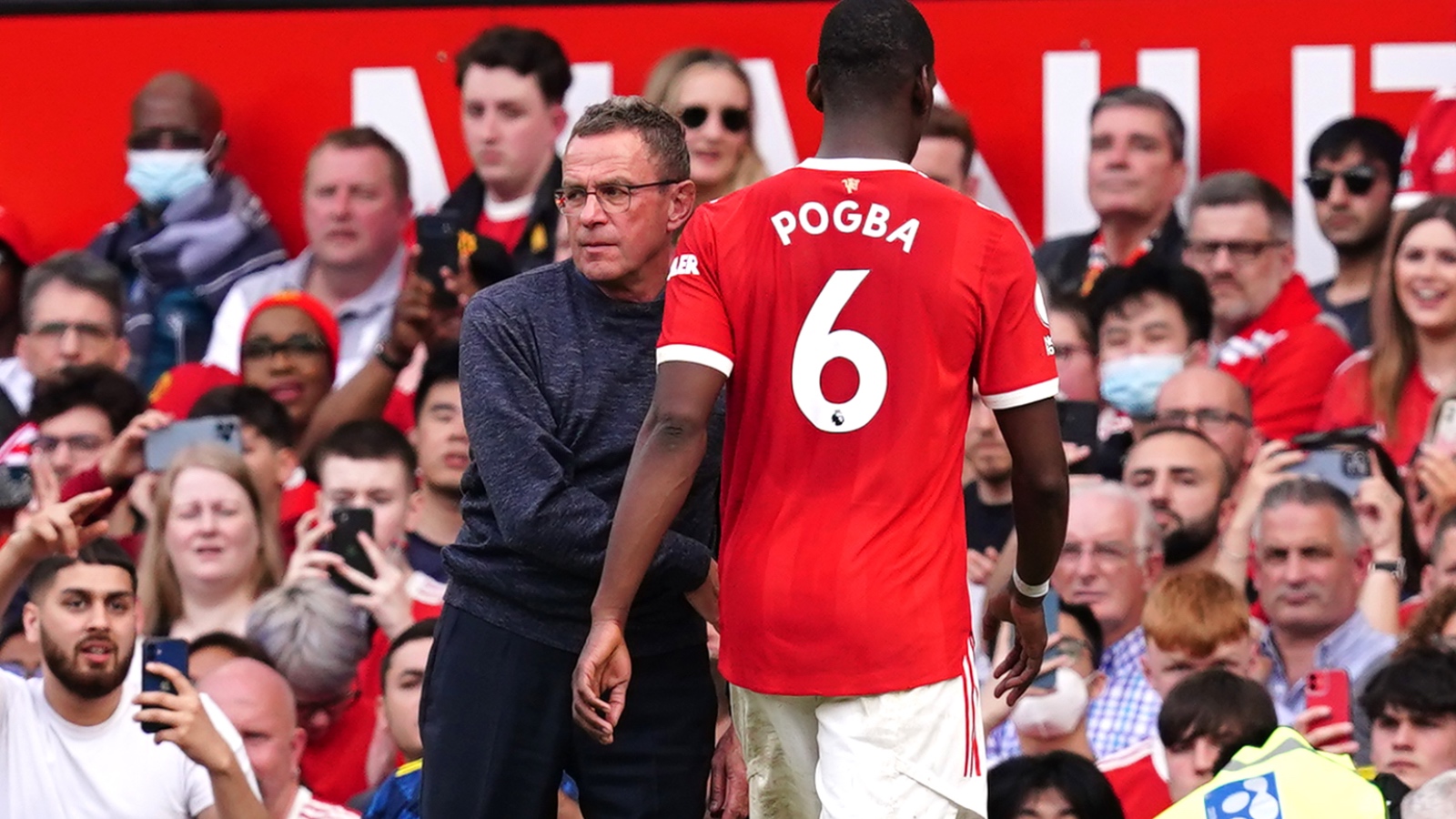 Ralf Rangnick has questioned the logic in Manchester United fans booing Paul Pogba after the Frenchman responded sarcastically to jeers in Saturday’s 3-2 win over Norwich City.

Pogba was substituted in the 74th minute at Old Trafford, with the score at 2-2 following Teemu Pukki’s equaliser for the Canaries.

The tension in the ground was palpable and United fans chose to release their anger on Pogba, who had endured a difficult afternoon. Chants of ‘f**k off Pogba’ could be heard, along with boos, to which the 29-year-old responded by cupping his ears as he walked off the pitch at full-time.

Rangnick felt Pogba had acquitted himself fairly well, describing the abuse as both unhelpful and unwarranted.

“The fans are amazing and I can fully understand them being frustrated and disappointed but I don’t think it makes any sense to take on any individual person or player,” the United interim boss said in his post-match interview.

“It is a collective responsibility so I will always defend and protect my players. I didn’t see what he did at the end of the game but I heard about it.

“It was his reaction to the chanting during the game. As I said, I can understand the fans in a way but I don’t think it makes sense to take on one player.

“I actually thought Paul did quite well in possession during the game. It wasn’t his best position of No 8 but we had no Fred or Scotty [McTominay] so I had to make a choice.”

The win moved United to within three points of the top four but their next fixture is a trip to Anfield to face high-flying Liverpool, who secured their place in the FA Cup final with a 3-2 win over Manchester City on Saturday.

Rangnick said of the upcoming challenge: “Everyone has seen today’s game and knows what sort of team we are playing next. They have just beaten Manchester City today and have a chance to win four trophies.

“If we play like today, it will be very difficult to get even a point. This is what we have to be realistic and aware of. We need to raise our standards.”