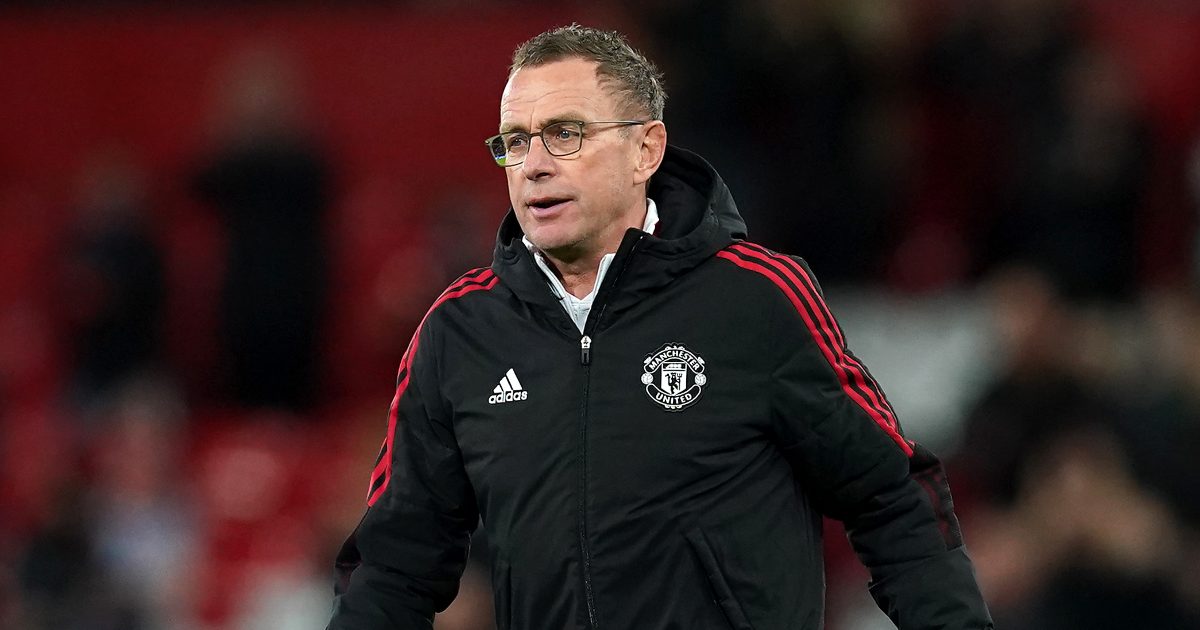 Ralf Rangnick admitted that his Manchester United side “deserved” to lose against Wolves and that he was “very disappointed” with his side’s performance.

Rangnick went into this game without a defeat from his five games in charge. Phil Jones returned against Wolves after a long layoff. Cristiano Ronaldo, Edinson Cavani, Jadon Sancho and Mason Greenwood also made the starting eleven.

Despite their strong lineup, Man Utd were second best against Wolves. Bruno Lage’s side had 19 shots as they caused the hosts lots of problems.

Greenwood was one of United’s better players, but he was subbed off with around 25 minutes to go. This decision was met with boos from the home supporters.

Bruno Fernandes came on for Greenwood and he almost made an immediate impact. The midfielder struck the bar and moments later Ronaldo had a goal ruled out for offside.

Wolves then struck the bar themselves via Romain Saiss’ free-kick. This was before Joao Moutinho scored the winning goal inside the final ten minutes.

The Portuguese midfielder found the bottom corner from the edge of the area. Wolves are now just three points behind seventh-placed Man Utd.

It's almost as though the problems at Manchester United might run deeper than the manager.

“We didn’t play well at all individually or collectively. In the first half, we had big problems to keep them away from our goal,” Rangnick said.

“In the second half we changed to a back three and had more control. Then came a spell of 15 minutes where we could have scored. The goal we conceded, we had enough players in the box. The cross had been defended by Jones but the goal we conceded was like too many this season.

“Moutinho could shoot unmarked with no problems, no pressure. We’re very disappointed about the result and parts of our performance.

Rangnick went onto admit that Wolves “deserved” to win at Old Trafford:

“They’re playing with four or five central midfielders and we had problems to control that part of the pitch. We decided to change our formation and we had more control – they didn’t have as many chances – but we missed our chances and we have to admit they deserved to win.

“Wolves were the best team we’ve played. We have more problems today than in other games.

“We didn’t press at all. – we tried but we were not able to get into those pressing situations. They had an overload in midfield and they played via their wing-backs.

“We’ve been only working two and a half or three weeks after needing to close the training centre. We had the results. In times we played well but today we have to admit they’re better than us.”

On replacing Greenwood with Fernandes: “It was 0-0. Bruno had a big chance to put us 1-0 ahead. Mason was good but I had to take someone off and didn’t want to take off one of the sixes. I had to decide whether to take off Edi or Mason so took off Mason.

“The game showed we still have a lot of work to do. We had too many unforced errors.

“I don’t want to speak about individual performances of players. It’s an issue of the whole team. It doesn’t make sense.

“We have to see each individual game. So far we had 10 out of 12 points. Today we had our first defeat against a good team. They don’t score that many goals, today they scored the only goal. Today the question was who will score the first goal.”