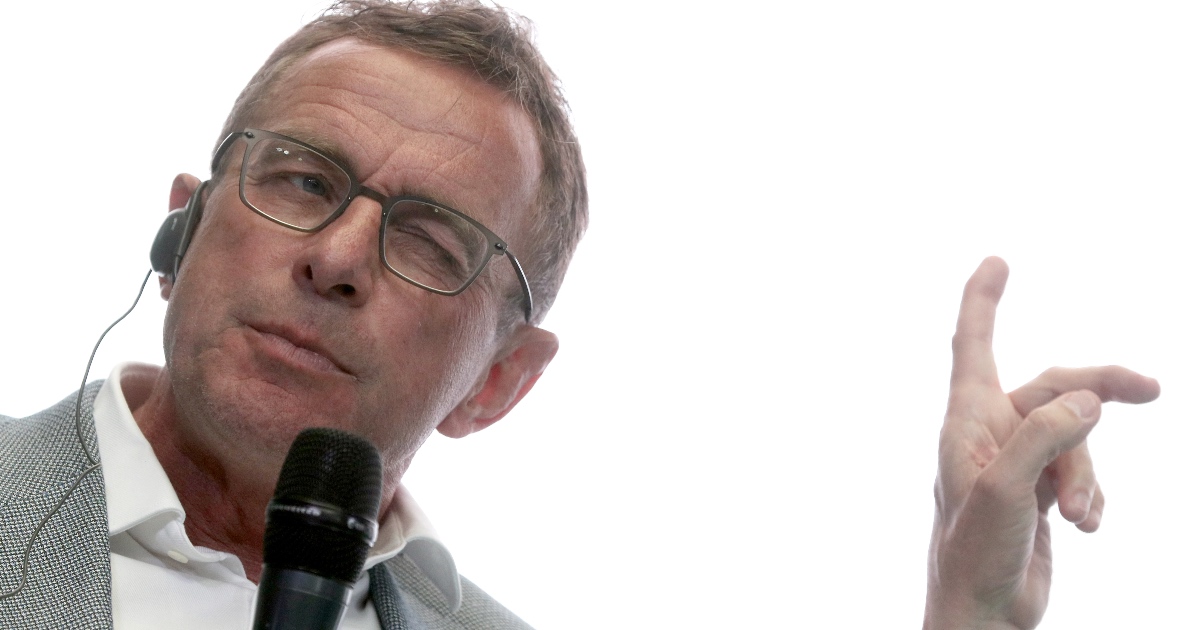 United are nine points adrift of first place after a 2-0 defeat to Manchester City on Saturday extended their winless home run to four in the league.

Barely able to lay a glove on their rivals’ defence, they were outthought and outclassed, leaving many to question whether Solskjaer has the tactical acumen to go toe-to-toe with the Premier League’s best coaches.

After the game, the prominent Bild journalist Christian Falk provided an update on Rangnick, who is recognised as the founding father of the modern German coaching school.

According to Falk, he is open to succeeding Solskjaer at Old Trafford, with the Norwegian under immense pressure following the defeat.

Tottenham Hotspur courted Rangnick in the summer as they sought a replacement for Jose Mourinho but were put off by his age – 63 – and opted for Nuno Espirito Santo instead.

Nevertheless, Jurgen Klopp, Thomas Tuchel and Julian Nagelsmann all credit him as a great influence in their careers and he is regarded as an astute tactician.

Rangnick has not only held coaching roles but was also director of football at RB Leipzig and RB Salzburg, for which he is perhaps best known. He is currently head of sports and development at Lokomotiv Moscow.

Solskjaer said after the game yesterday: “It’s very difficult to talk now, of course, because we started the game off badly, passive and when they get the first goal, it was always going to be a difficult game anyway, but being 1-0 down was hard.

“David [De Gea] kept us in the game, some good stops and then they scored a goal they always score. [Joao] Cancelo cuts inside, cross [to the] back-stick that we know that’s going to happen and it shouldn’t happen. It’s disappointing, of course.

“It’s hard to talk at the moment. We play against a good team, don’t forget that, but we were nowhere near what our standards and levels can be and that’s something we have to get back to.

“We’ve got to go back to being on the front foot, be more aggressive, maybe circumstances have made us a little bit more cautious and passive.”