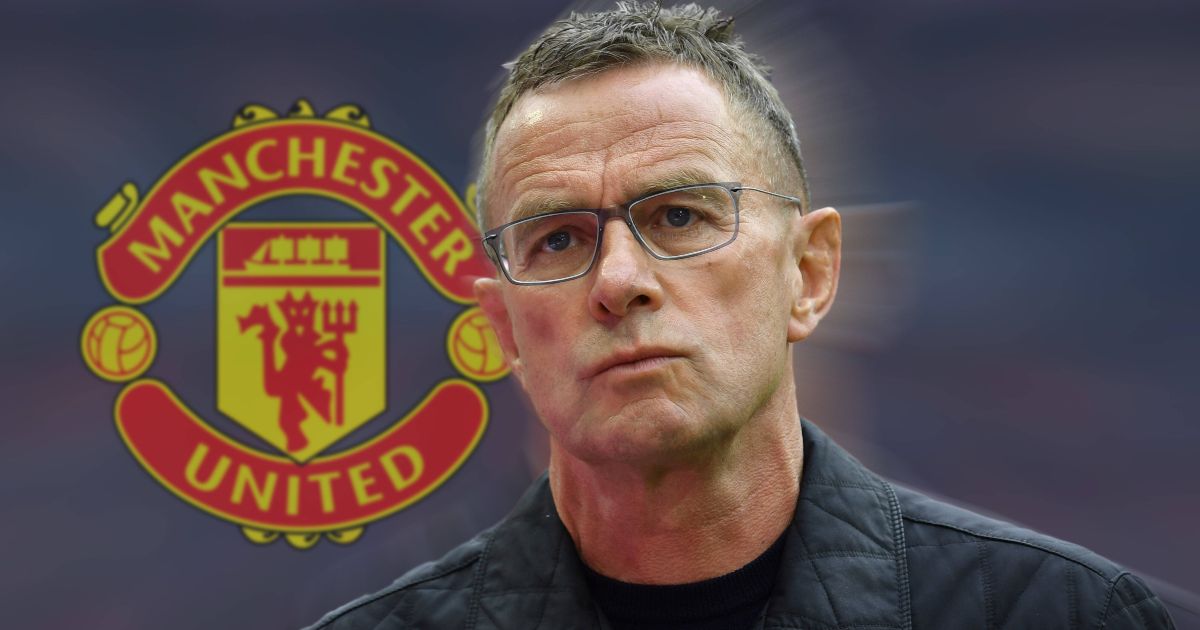 The new Manchester United manager discussed some Erling Haaland ‘nonsense’, failing to convince Michael Carrick, January transfers and what style we can expect.

Ralf Rangnick was unveiled by Manchester United on Friday morning. Here are the key lines from his first press conference as interim manager as he begins the process of getting his feet under the table at Old Trafford.

Rangnick open to staying on as manager next season

“The people with whom I’ve spoken so far have been very clear, we are talking about six-and-a-half-month role as a manager currently. We have never spoken about what will happen in the summer.

“Right now, I’m fully aware they might be looking for a new manager. If they will then speak with me about that, we will see. Maybe, if they ask me for my opinion and, as you say, everything goes well and we develop the team, I might even make the same recommendation to the board that I made at Leipzig twice, when I recommended to them it might be a good idea to keep working with me for one year.

“But this is all hypothetical, we cannot speak about it. For me, now, it’s about winning the next games and this is the major focus.”

United and Rangnick have been intentionally vague about what might happen in the summer. An ‘advisory role’ is open to interpretation, with Rangnick always having been granted the power and influence to make key decisions at his former clubs. But the person seemingly in most danger should the German cement his influence above a new manager would be John Murtough, who was crucial in bringing Rangnick to Old Trafford.

So if Rangnick can demonstrate some progress in the coming months – what that might look like is also open to interpretation – don’t be at all surprised to see him remain as manager into next season.

🗣 "I might even make the same recommendation to the board that I did at Leipzig twice, when I recommended to work with me for one year."

Ralf Rangnick on whether he can see himself as the Manchester United beyond this season pic.twitter.com/K79BkOHQVI

What immediate changes we can expect from Ralf’s reds
Rangick watched the win over Arsenal which, while fun for the spectator, he did not seem to enjoy. He also made reference to the recent games against Watford, Manchester City and Liverpool, in which United conceded a combined 11 goals.

The new manager wants United to control games seemingly by playing higher up the pitch. Which means he needs to get Raphael Varane back as soon as possible.

“The major target for me is just to bring more balance to the team. We conceded two goals yesterday and if you look at the total of number of goals conceded, it is on average of two a game.

“That is just too much. Those are not the kind of games you need every day. In football to me, it’s to minimise the coincidence factor.

“I want to bring more balance and more control. The Arsenal game, for me as the future coach, they are not the games you need. I will try and bring these outstanding, talented players away from their own goal.”

“You always have to adapt your style or your idea of football to the players you have available, not vice versa.”

“Having seen Cristiano yesterday in the second half at the age of 36, an amazing, top professional. At his age, I’ve never seen a player who is still that physically fit. He’s still a player who can easily make the difference.”

Rangnick isn’t a fan of buying in January
With less than a month to go until the January transfer window, of course Rangnick was asked about possible signings.

He hinted that perhaps United might look to trim the squad but, shockingly, he failed to give away detailed and specific secrets about all the players United might want to sign…

“We haven’t spoken about new players. Now is the time to get to know the current squad in detail.

“The squad is definitely not too small. There is enough players.

“Maybe after Christmas, there will be a time to talk about possible transfers in the winter.

“In my experience, winter is not the time for sustainable transfers. It will be difficult in the winter.”

The Haaland bonus story is horsesh*t
It was reported earlier in the week that Rangnick had been offered a sweetener worth around £8million if he could use his connections with Erling Haaland to convince him to move to Old Trafford in the summer.

If he has, Rangnick isn’t going to tell us. But he described the claim as “nonsense”, which is almost certainly true. In response to a question about the bonus, Rangnick picked up the papers in front of him…

“I mean, this is nonsense obviously. There are no such clauses in my contract.

“It doesn’t make sense to speculate over any new players. Erling Haaland is a fantastic striker. I know best myself because I was together with the people at RB Salzburg at the time.

“I was also a little bit involved with his move from Molde to Salzburg therefore I know what kind of player he is, but in the meantime, the whole world has realised how good the player is. Two years ago, it was only a few people who believed.

“I’m more than happy. The offensive players we have here, we have so many top players in the offensive department that we don’t need to speak about any other players.”

#RalfRangnick jokes and shuts down rumours about #Haaland & other superstars joining #mufc pic.twitter.com/cjgmeiBQTc

Rangnick tried to convince Carrick to stay on
Michael Carrick stepped away from United last night after his three-game reign as interim-interim manager.

It ends the former midfielder’s 15-year association with the club, as a player, coach and, lastly, manager.

Carrick says he told his staff yesterday lunchtime and the players in the immediate aftermath of the win over Arsenal.

Rangnick says he was informed of Carrick’s intention on Wednesday in an hour-long meeting with the 40-year-old. The new manager tried to convince Carrick to stay on as part of his staff but to no avail.

So Rangnick will work with the remaining coaches – Kieran McKenna and Mike Phelan most prominently – while looking to add some fresh faces to the backroom staff “in the coming weeks”.

“Michael, I got to know this two days ago. I met with him and Kieran, I had a long private conversation for more than an hour.

“I tried to convince him to stay, in the end, I had to accept that.

“I’m more than happy to work with the current coaching staff, I need their expertise.

“I will try to find two or three people that will join us in the coming weeks, but due to Brexit, it’s not that easy.”

“I spoke with Ole for almost two hours on Sunday. He was very generous, gave me his insight on the team.”