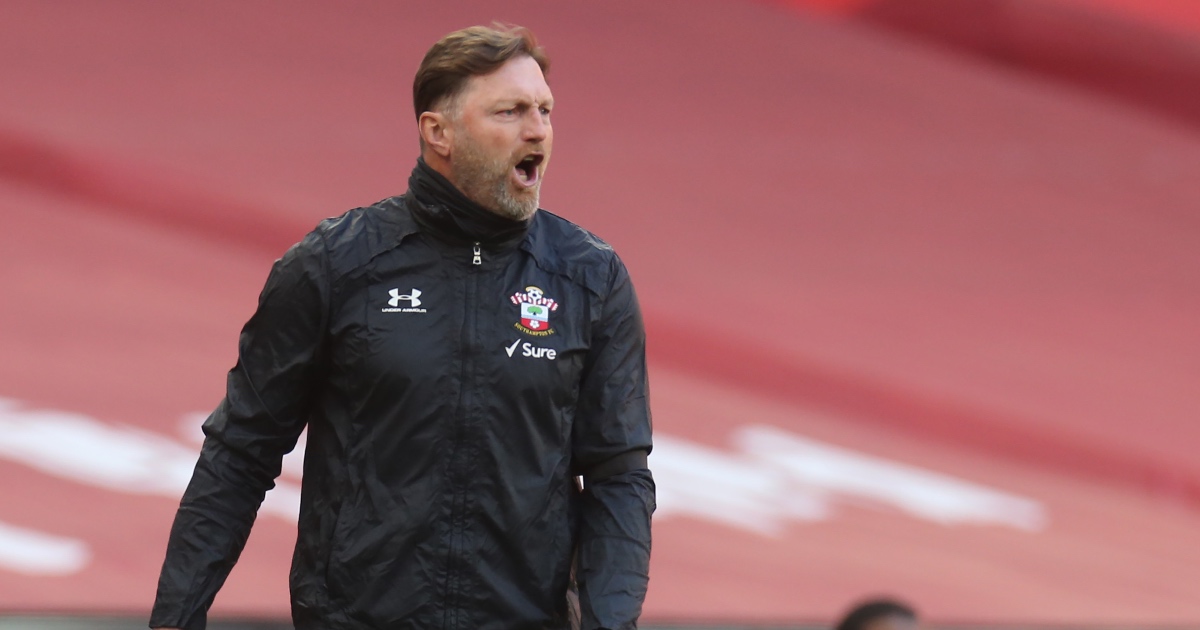 Saints boss Ralph Hasenhuttl says he feels let down by VAR after Jannik Vestergaard’s red card against Leicester was overturned by an independent panel.

The centre-back, 28, was dismissed by referee Robert Jones for an ill-timed challenge on Jamie Vardy.

He received the ball on the edge of the box but lost his footing, allowing Vardy to steal in and race through on goal.

Vestergaard then caught the English striker with a poor challenge and was sent off for denying a goal-scoring opportunity.

The one-match ban was overturned on Wednesday, making the defender eligible to face Liverpool at the weekend.

Speaking about the situation, Hasenhuttl said: “It is very difficult to understand and the only reason why it can be like this is if they have not the right people on the right spots for the VAR.

“Otherwise, he must have seen this was clearly not a goal (scoring) chance. Everybody sees it one day later, (but) it doesn’t help us in the end.

“That is what we have the VAR for. I cannot understand it.

“The second time (this season) that after the game they say: ‘sorry, it was the wrong decision’. This is not possible.”

Vestergaard was sent off after just ten minutes, forcing the Saints to play a majority of the match a man down.

They did well to gain a point at St Mary’s, although Hasenhuttl feels aggrieved at the decision: “It’s not really funny when you get 80 minutes with one man down. In both cases, it affected our game massively.

“I don’t understand how this is possible. It seems they (VAR) are looking to give red cards, not at exactly what happens.

“Simply it is not a good job they do, to be honest.”

Saints talisman Danny Ings will not be available to face former club Liverpool on Saturday evening.

It’s previously been suggested that the striker could miss the rest of the season, but Hasenhuttl had a more positive announcement this week: “We have Ingsy still not available, still with some problems.

“Hopefully we find him back next week.

“We have a game against (Crystal) Palace on Tuesday, so maybe we have a look (on Ings) to see if it is possible for there.”