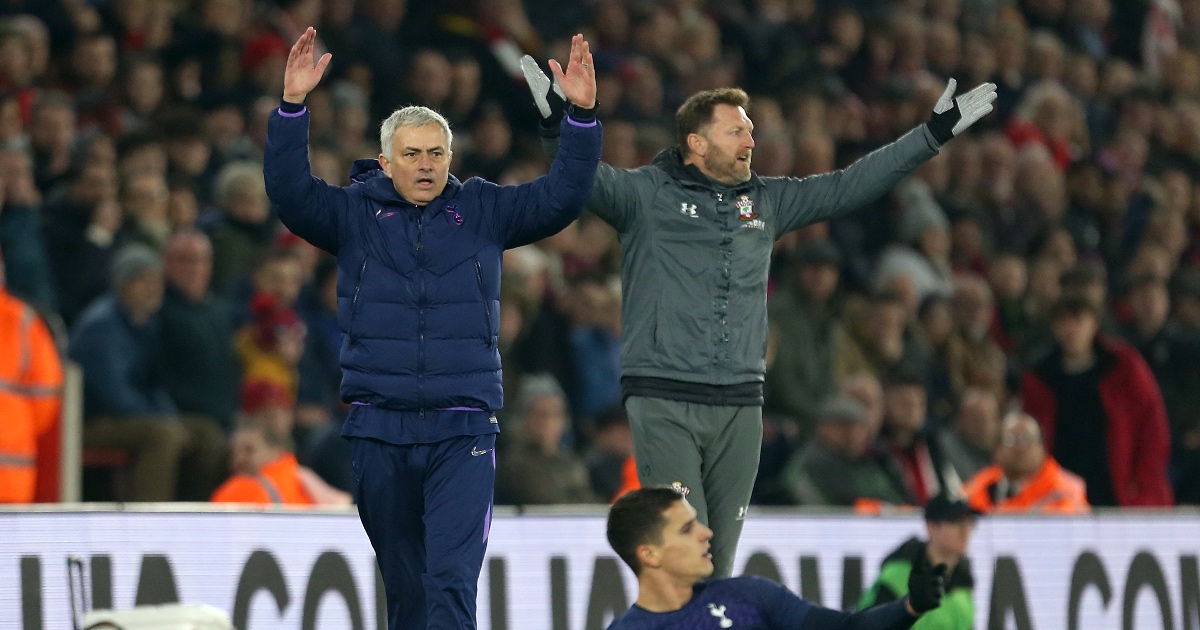 Ralph Hasenhuttl thinks the sacking of Tottenham boss Jose Mourinho ‘changes everything’ ahead of their game on Wednesday.

Southampton travel to north London with the aim of moving up to 13th in the Premier League table.

Their fixture will have added appeal after Mourinho was relieved of his duties on Monday.

OPINION: Let’s not pretend we did not see ESL bullies coming…

Spurs are also set to face Manchester City in the Carabao Cup final this weekend.

Speaking at the pre-match press conference, Saints boss Hasenhuttl said: “We don’t have a long time to prepare for the game, and it makes it even more difficult now.

“It’s even more difficult because at the weekend they have a big final, but we have to handle it and concentrate on us.

“It changes everything. Because everything you normally tell your players, what they have to expect, from one day to the next, is not there any more.

“We have a few hours to concentrate for this and we will try to find a team which is fit enough to compete against them.”

Mourinho’s Spurs thumped Southampton 5-2 in the second Premier League match of the season.

Hasenhuttl added: “The challenge we have is to go to Tottenham and be a team that is able to take something there.

“It’s not easy, we have lost against them very high in the first game. We want to show that we are now better.”

The Austrian manager admitted that Spurs have under-achieved during Mourinho’s tenure.

“He is maybe the most successful manager at the moment, winning the most titles so far.

“What can you say? He has had such a big impact on English football. He hasn’t had a very good year with Tottenham, to be honest, they are below what they try to achieve.

“They had a good start to the season and then for some reasons, injuries, a little bit similar to us, he dropped back and then, yeah, these are the normal rules in football.

“When you’re not successful you’re under pressure as a manager and there’s the moment when the club decides to sack you.”