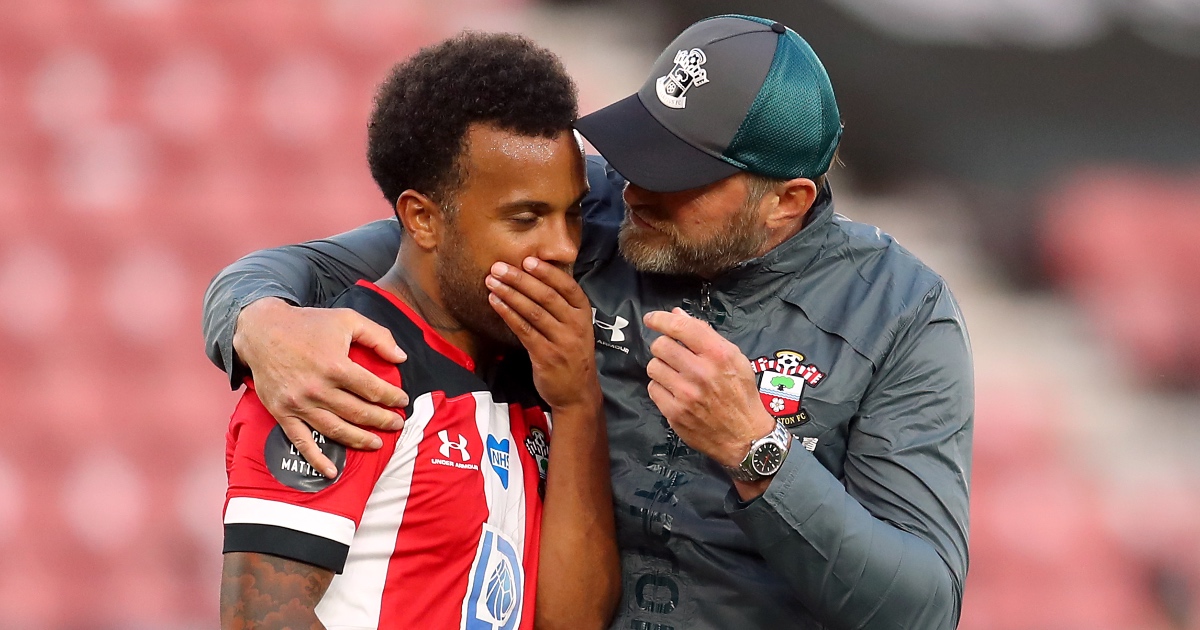 Ralph Hasenhuttl has praised left-back Ryan Bertrand following the announcement that he will leave Southampton at the end of the season.

The Englishman has run down his contract at St Mary’s and is keen for a new challenge this summer.

He’s been at Southampton since 2014 and has made over 200 appearances for the club.

Speaking about Bertrand, Hasenhuttl told reporters: “He was here for seven years. Like always in football, things are coming to an end.

“I think he did a good job for this club. Finally, we have to move on, like always in life, and you have to start something new, and this is what we have decided as a club and we will replace him in the summer.

“It is normal in football I think to start new things and, if we have the chance to bring somebody in in the summer in this position, a younger Ryan Bertrand if you want, that helps us with his quality or his level of performances, then we can develop this young lad and then we maybe get later an even better player.”

Bertrand has been linked with an Arsenal switch to provide cover for first-choice defender Kieran Tierney.

His replacement could be Manchester United youngster Brandon Williams, who is also attracting interest from Newcastle.

Speaking about the search for a new left-back, Hasenhuttl continued: “We were very far (along) in the way of bringing somebody in so I’m sure that we will find a good solution for the summer.

“We don’t want to discuss any person, any options we have, but there are some very good ones, they are in our financial limits, and this is important for us that we find a good package that fits us.”

The Austrian also reiterated his intent of keeping talisman Danny Ings past this summer: “Strikers with his quality cost normally money that we don’t have to sign them, but I am very confident that Ingsy stays the next year with us.”

Ings scored a brace in the Saints’ last match as they picked up three points against Crystal Palace.

When asked about the performance, the manager added: “I think it was important for every player and also for the whole club that we could see us going back a little bit to our old strengths.

“Turning things around in a game after a very bad start is always very good.”