Home All The News Hasenhuttl: The goals Saints conceded were ‘an absolute joke’ 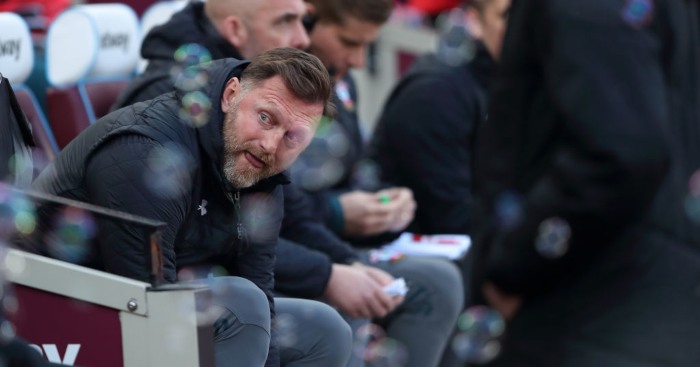 Ralph Hasenhuttl thought the goals Southampton conceded in their 3-1 defeat to West Ham were “an absolute joke”.

Jarrod Bowen marked his first start for West Ham following a deadline-day move from Hull by firing the Irons ahead with a chipped finish in the 15th minute.

Southampton equalised in the 31st minute when Michael Obafemi converted a cutback from James Ward-Prowse.

West Ham, though, regained the lead five minutes before half-time as Sebastien Haller slotted in from a tight angle.

Michail Antonio made it 3-1 in the 54th minute after being put clear by Pablo Fornals’ lofted pass, sealing victory for the hosts.

Hasenhuttl told BBC Sport: “I think we conceded goals that were an absolute joke. One long ball. We trained the whole week, we know what will come and cannot defend this ball. For me, simply not enough.

“If you want to take something you cannot give such simple goals. Simply not aggressive enough, not committed enough and if we play like this against a team that is in a relegation battle, then you are also very quickly back in the relegation battle, so pay attention.

“The opponent had showed that they want to fight for everything and we didn’t seem to be serious enough. We are only a winning team if we defend like they did today, and that was the big difference today.

When asked if the players think they’re safe from relegation already, Hasenhuttl replied: “If they do, they have a problem.”