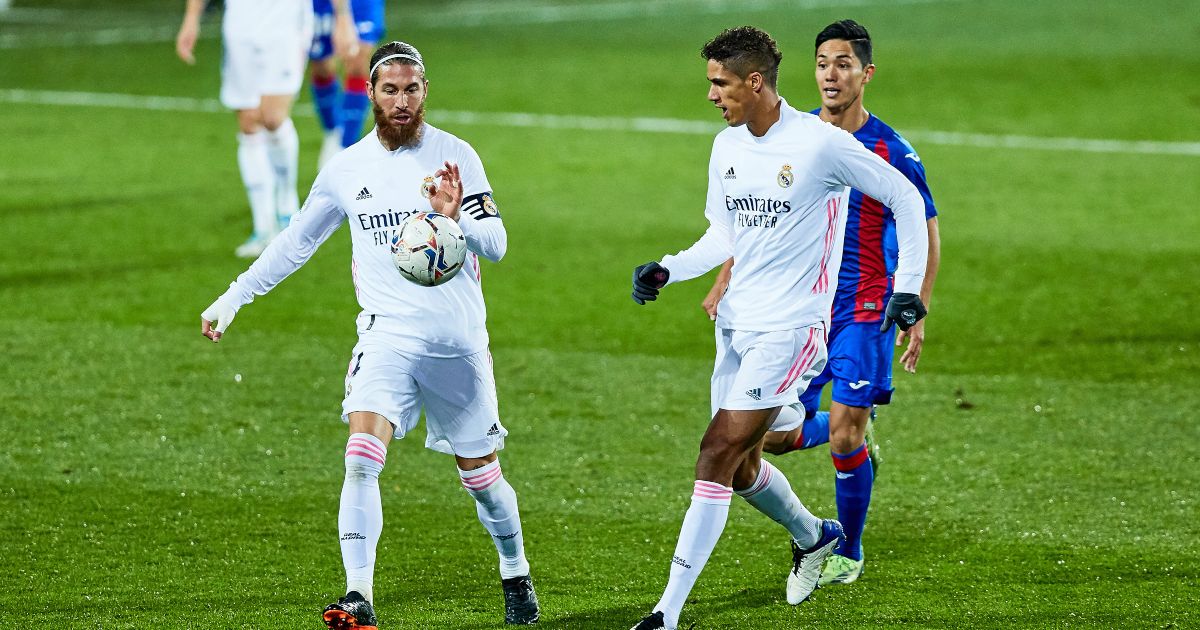 Sergio Ramos’ exit will not impact Real Madrid’s potential sale of Raphael Varane to Man Utd, according to reports in Spain.

The 35-year-old, who has been with Madrid since 2005, will depart at the end of his contract this summer.

The La Liga club announced on Wednesday evening that they will host a farewell to the defender on Thursday, followed by a press conference.

It was during his time in the Spanish capital that he also won the 2010 World Cup with Spain along with back-to-back European Championships in 2008 and 2012.

However, his departure will not alter Real Madrid’s plans to sell Varane if they get a big fee for the defender.

El Larguero director Manu Carreno (via Sport Witness) claims that with only a year left on his contract, Real will still sell Varane this summer if the opportunity arises with Man Utd “closest” to a deal.

“Does this imply that Real Madrid will no longer sell Varane? The answer is no. If Madrid can sell Varane, they’ll sell him,” Carreno said.

“He has one year left, has offers from the Premier League. It seems that the one that is closest is Manchester United and that Ramos’ exit does not imply that Varane stays.

“However, Alaba, Militao, Nacho and Vallejo would remain, and Real Madrid would recover him [Vallejo].

“And the question that many ask themselves, with the money of Varane would they make another central? Well, I think Madrid with those four power plants needs money more than another player.”

Meanwhile, Man Utd began slowly in the 2020-21 campaign before finding their feet and eventually clinching second place and the release of the fixtures for next season has given them a chance to hit the ground running next term.

With none of their first seven fixtures against any of the so-called ‘big six’ or Leicester, the Red Devils have a great opportunity to build momentum and be the front-runners in the title battle.