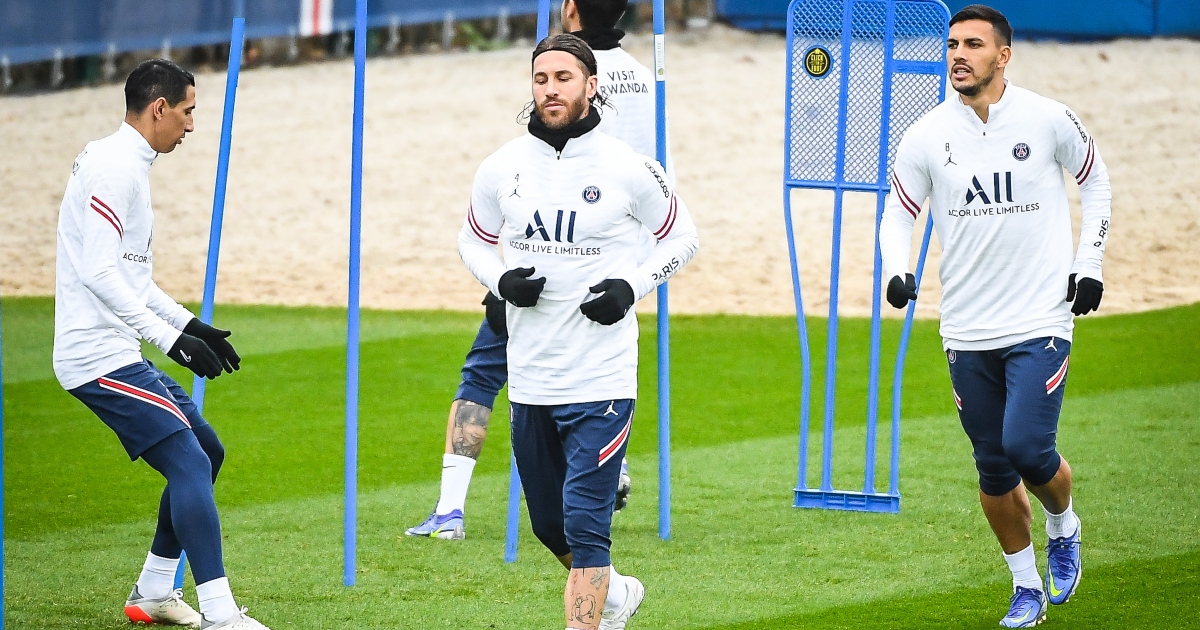 Paris Saint-Germain defender Sergio Ramos could play his first match for the Parisiens against Manchester City after being included in their squad for Wednesday’s clash.

Ramos signed for PSG on a free transfer in the summer following the expiry of his Real Madrid contract.

He also made 671 appearances for Los Blancos, scoring an impressive 101 goals.

However, injuries limited Ramos to only 21 appearances in all competitions last season and have hampered his time with PSG as well.

The 35-year-old has successfully trained for three weeks without any setbacks and was named in Mauricio Pochettino’s 23-man squad for the trip to Man City.

The Parisian squad for #MCIPSG! 📋🔴🔵

PSG are one point behind City in Group A and know a win at the Etihad will secure their place in the first knockout round.

Meanwhile, Pochettino has been lined with the Manchester United job following the sacking of Ole Gunnar Solskjaer.

And Rio Ferdinand doubts that the Argentine would leave PSG during the season as he is “a man of integrity”.