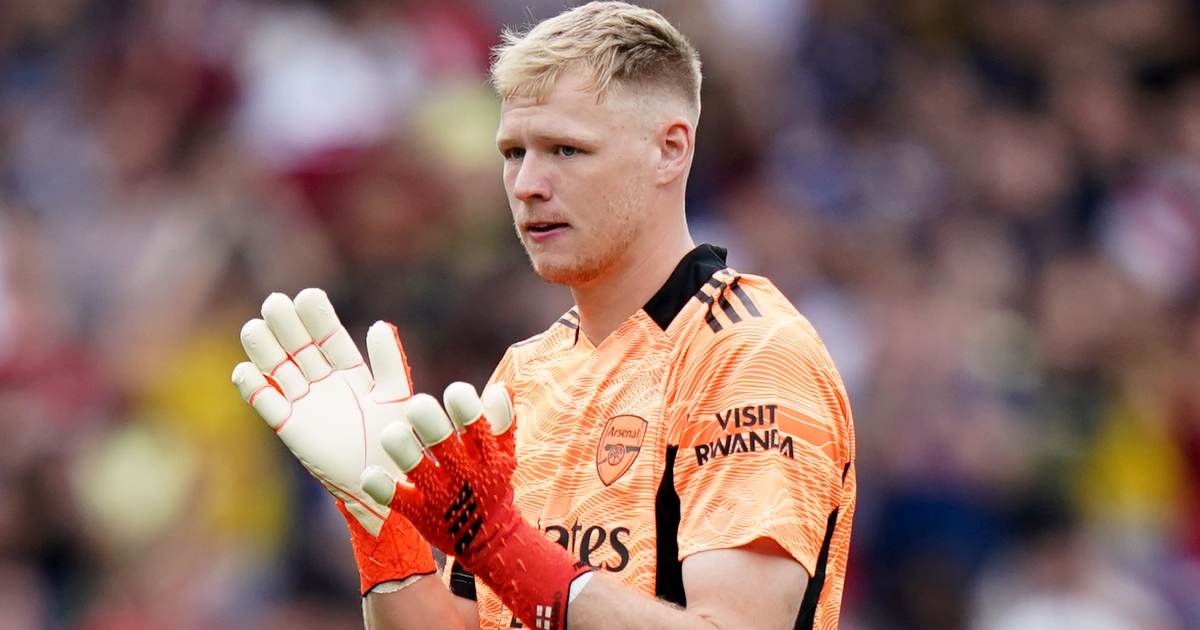 Aaron Ramsdale has backed Arsenal to push on after getting their first Premier League win of the season against Norwich City on Saturday.

The goalkeeper started the match ahead of Bernd Leno to make his first league appearance for the Gunners.

Despite conceding five goals in his last match against Manchester City, Leno’s exclusion was a surprise to most.

However, it was reported last week that Ramsdale had told his close friends he was going to replace the German in goal for the Norwich match.

And the ex-Bournemouth ‘keeper did start the match, keeping a clean sheet as Arsenal won the match 1-0.

Pierre-Emerick Aubameyang’s scrappy goal was the difference in the end, but it could have been much more in a wasteful performance.

Ramsdale has backed the team to build on Saturday’s victory, saying: “It has been a tough start to the season and we knew we had to have a performance but mainly get the three points.

“We did that, everyone to a man. The blocks, people tracking back…so it was a great day, especially for the fans.

“Of course, we would have wanted more points but we now have three, a clean sheet and a first goal and we can now build on that.

“We have been working so hard on the training ground and that has been proven this week.”

After being handed a start by Gunners boss Mikel Arteta, the 23-year-old is keen to hold onto the No. 1 shirt.

“I don’t know what the manager is going to do,” he added. “This might have just been a tactical tweak so it is my responsibility to force him to carry on picking me, which is something I have to do on a daily basis.

“Me and Bernd will be very competitive in a good way, healthy and hopefully I can stay in the team.

“You have got to be ready to play as a goalkeeper. You don’t know when anything is going to happen. I’m ready every week.

“It could have been in a few months’ time but it has happened here.

“So now we have got to continue the competitiveness on the training ground and I’ve got to try and stay in the team and help them. There is a lot to carry on going and we will see where it takes us this season.”