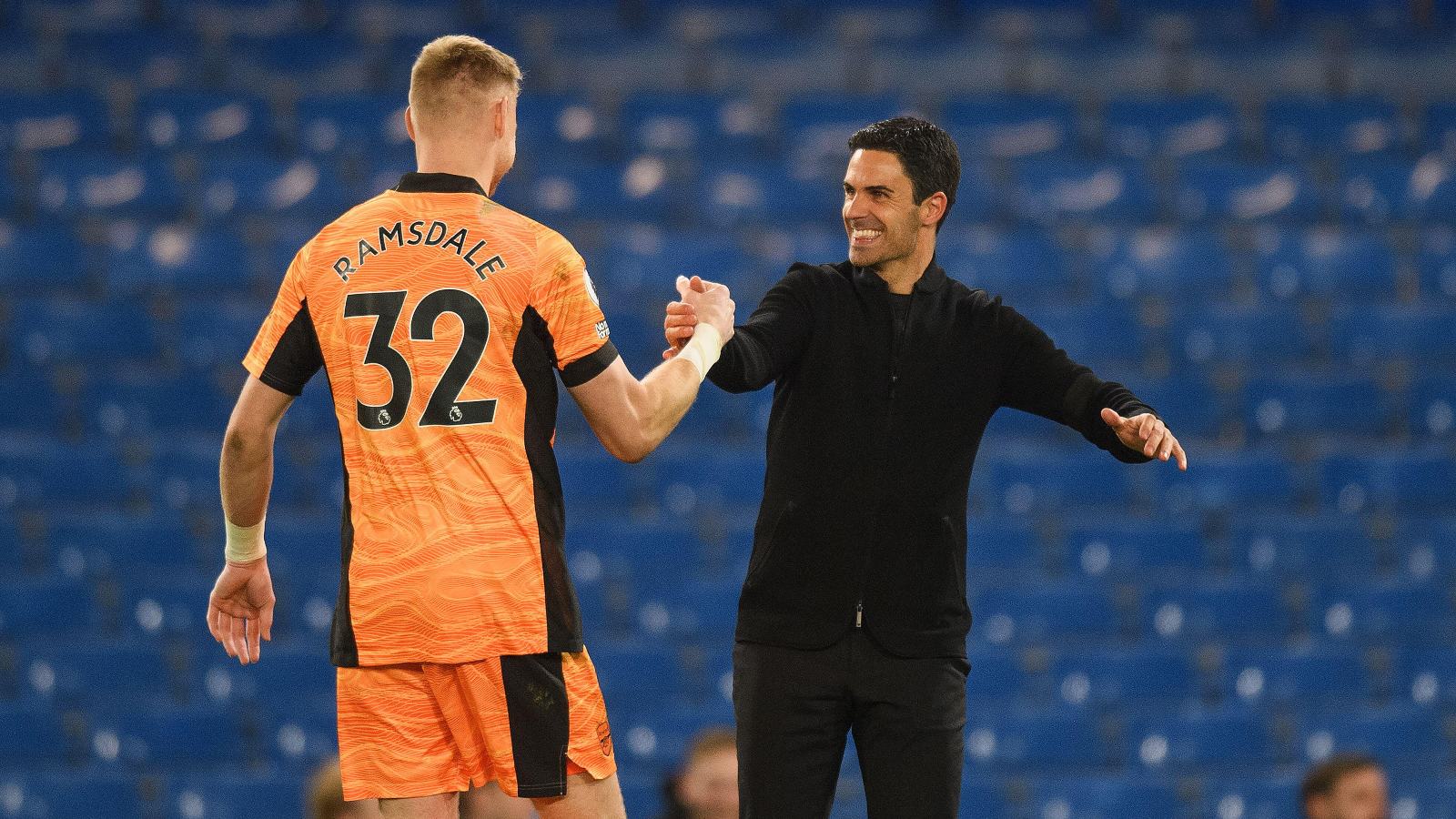 “One of my crazy ideas, today they are going to train, in the background, You’ll Never Walk Alone,” said Arsenal boss Mikel Arteta.

In a promo for the new Amazon Prime documentary ‘All or Nothing: Arsenal’, Arteta explained that he wanted to recreate some of the famous Anfield atmosphere by playing the iconic song on the training ground.

READ MORE: Arsenal have the parts in place; now the manager has to assemble them into something non-streaky

The Gunners coach said that in his playing career, Anfield was the only stadium where he felt overawed and failed to cope with the mentality of the situation.

But his attempts to ease that same struggle for his Arsenal players didn’t go quite according to plan as they fell to a 4-0 defeat in November.

Goals from Sadio Mane, Diogo Jota, Mohamed Salah and Takumi Minamino did for Arsenal that day, and goalkeeper Aaron Ramsdale admitted he doesn’t believe the speakers will be rolled out again, but did applaud Arteta’s ingenuity.

The England goalkeeper said: “I’ve never experienced the speakers before. I don’t think they will be coming back!

“But we could all see what the method was – it’s one of those stadiums where, if it gets on top of you, it can be too much.”

Further clips of the documentary have shown heartfelt Arteta team talks in which he draws on his own experiences.

Ramsdale described the meetings as “different”, but admits the Arsenal manager’s personal touch works to keep him and the rest of his teammates “engaged”.

Before he added: “His (Arteta’s) team talks are definitely different. I think he keeps it fresh because sometimes he is writing, sometimes he talks, sometimes he lets some of the lads talk.

“It keeps you engaged and lets you into his life as well. There are new things we have found out about him over the past year that you would never find out unless he wrote a book or something.”

One such occurence came after Arsenal had lost the first three games of the season, including a 5-0 hammering by Manchester City, leading Arteta to open up on issues with his heart as a child.

“I was born with a big heart issue that they could not resolve until I was two years old because I was too little,” Arteta explained.

“They had to open my heart and go through it. It was one of the first surgeries that was done in that way in Spain, so we didn’t know how it was going to end up.

“I was a really lively kid, the doctor was telling my father and mother that he needs to calm down, that he’s not going to be able to do much exercise with that problem.”

Before Arsenal’s next match, at home to promoted Norwich, the documentary teaser shows Arteta attempting to inspire his players by comparing elite sports teams to the high-performance medical teams that saved his life.

“They are willing to work 24/7. They do it only for one reason – because they love what they do. That’s their drive, that’s their purpose,” he is heard saying in the trailer.