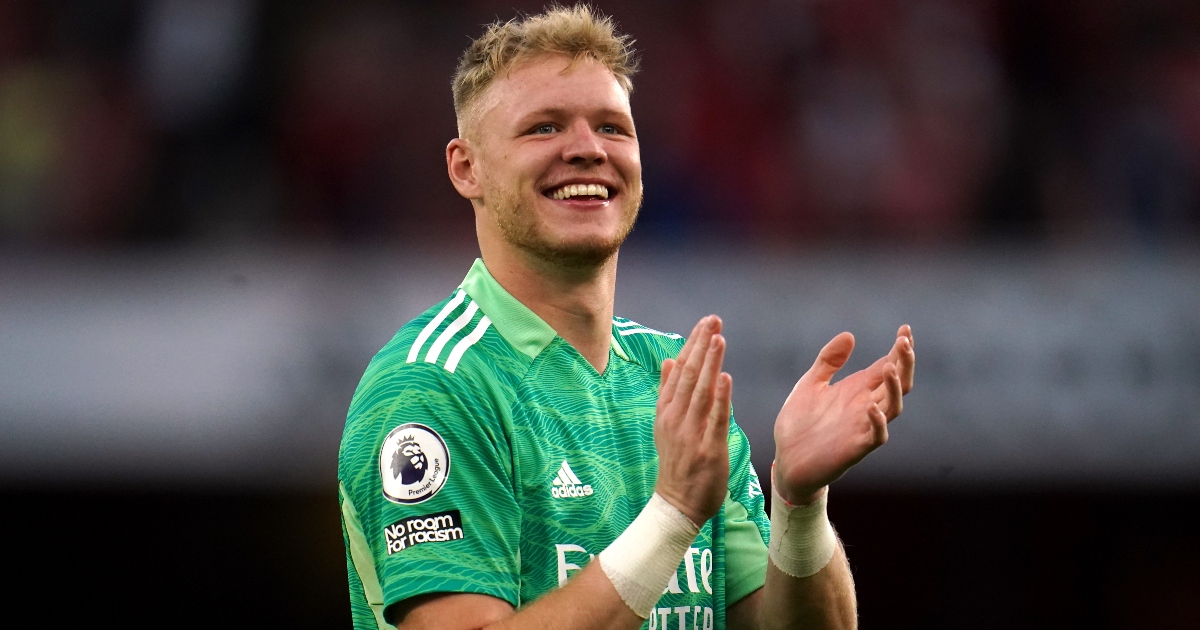 Arsenal goalkeeper Aaron Ramsdale has opened up on how ‘Agent Bukayo Saka’ helped influence his summer transfer to the north London club.

Ramsdale joined the Gunners from Sheffield United in August for a deal worth around £24million – potentially rising to £30m.

The 23-year-old has unexpectedly become Mikel Arteta’s number one choice between the sticks, shifting Bernd Leno to the bench.

He made his debut in a 6-0 Carabao Cup win against West Brom before making his first league start in the 1-0 win against Norwich City as Arsenal claimed their first Premier League win of the season.

His impressive start to life at the Emirates has earned him a recall to Gareth Southgate’s England squad for the October international break.

While on England duty Ramsdale revealed how his move to the Gunners materialised, saying Arteta reached out to his Three Lions team-mate Saka.

“Agent Saka,” the shot-stopper said in an interview for England’s official YouTube channel.

“That’s what he says. He said the manager [Arteta] spoke to him a couple of times and thankfully he gave a good review of me.

“What a guy. He’s just happy. He’s just always happy. What a footballer as well. I’m very happy now he’s on my team at club level.

“When you come here and you’ve got the talent which we’ve got up top, Bukayo’s right in the mix of that.

“You just can’t help but smile when he’s mentioned or when he’s in the room.”

England are preparing for World Cup qualifiers against Andorra on Saturday before returning to Wembley on Tuesday to host Hungary.

Kieran Trippier is set to captain the Three Lions against the Andorrans and he has revealed his gratitude to the support he has received from Southgate.

“As a player to captain your country is one of my best feelings, one of the proudest moments of my career.

“Hopefully I can follow that up with a win but I’m speechless, really, to captain my country and lead the boys out. You know obviously something I’ll never ever forget.

“As a player it’s always good to have a manager who trusts in you, no matter where you play on the pitch.

“I’ve been with Gareth now nearly since he took charge so I try to repay that by my performances.”