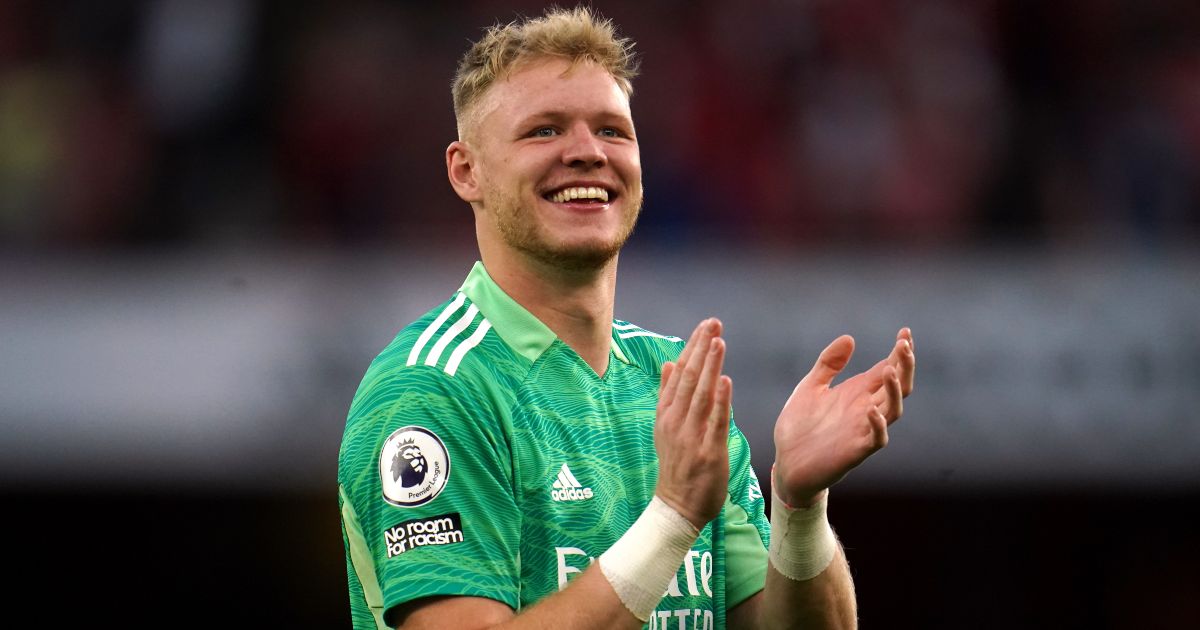 Aaron Ramsdale’s journey to the England set-up began by sleeping through his alarm but the Arsenal goalkeeper is determined not to miss the bus on his international ambitions as he aims to grab his chance with both hands.

The 23-year-old has been recalled into the Three Lions squad, hoping to win his first cap in the upcoming World Cup qualification double-header against Andorra and Hungary.

Ramsdale has impressed since his summer move from Sheffield United to Arsenal, having been relegated from the Premier League in consecutive seasons.

It was with the first of those relegated clubs, Bournemouth, where Ramsdale missed the bus for a League Cup tie at Chelsea prompting him to admit later that he “needed to look at himself” and that the incident was a “catalyst” for him to grow up.

He would make his way to the Emirates Stadium via a return to first club Sheffield United, where he also suffered relegation while also being named the club’s player of the season – an achievement he also managed at Bournemouth.

Ramsdale, who was called into the England squad for Euro 2020 after Dean Henderson withdrew with injury, has since gone full circle – chatting with former Cherries boss Eddie Howe at St George’s Park as he and ex-assistant Jason Tindall watched on during a training session.

“I don’t think I have realised yet how it has happened, and the journey I have had,” Ramsdale said of his rise from AFC Wimbledon loanee to a man on the cusp of making his international bow.

“I definitely had a little snippet of that when Arsenal played Wimbledon the other week in the (Carabao) Cup and I got to see my old goalie coach, who I still speak to but I have not seen him for a long time and it brought back all the good memories of that period with Wimbledon, where I have come from.

“The experience of being on loan. I spoke to Eddie Howe and Jason Tindall and I think the major thing for me was well-documented, I missed the bus one time by sleeping in, and that’s why I went out on loan to Wimbledon.

“That was the catalyst and I went out on loan and proved my worth and got myself into the Bournemouth team a year later.

“Hopefully sooner rather than later, when everything calms down and I am really settled at Arsenal, I might be able to think about my journey so far.”

A maiden England cap would certainly top a fine start to the season for Ramsdale, who ousted Bernd Leno as Arsenal’s first-choice goalkeeper and has since started four league games in a row – conceding just once.

There is another training ground connection at play, with ex-England and Arsenal goalkeeper David Seaman being drafted in by the Gunners’ academy director Per Mertesacker to work with the club’s youth teams on an informal basis.

While Seaman, who won 75 England caps, has not spent time coaching the first-team goalkeepers at London Colney, he has spoken to Ramsdale.

“Just to be myself,” Ramsdale revealed was Seaman’s key piece of advice.

Despite costing Arsenal a reported initial fee of £24million, Ramsdale admits he did not expect to get a run in the first-team quite so soon.

But Arsenal boss Mikel Arteta has put his faith in his new man, who admits it was clear from his first days that the club is yearning for a return to the big time.

“(It has been) possibly the best month I could have wished for,” he added.

“It is not something I expected so soon. I believed in my ability to get into the team but I thought it would take a while transitioning to the way they play, new team-mates, getting into the team helping them out.

“You can sense it as soon as you walk through the doors that the club isn’t happy where they are.

“We want European football. It’s a young team so it’s step by step; it might have to be the Europa League and then the Champions League, but we want to get back there.

“You understand the pressures that brings, but it’s an enjoyable challenge, and when the highs are high – they’re really high.

“Around the training ground, you see the history. The players that have played here with their unique numbers, as we have with England.

“You’ve got the Invincibles on the walls everywhere, so you understand the history of the football club. It’s now our time for us to put some new history on the wall.”