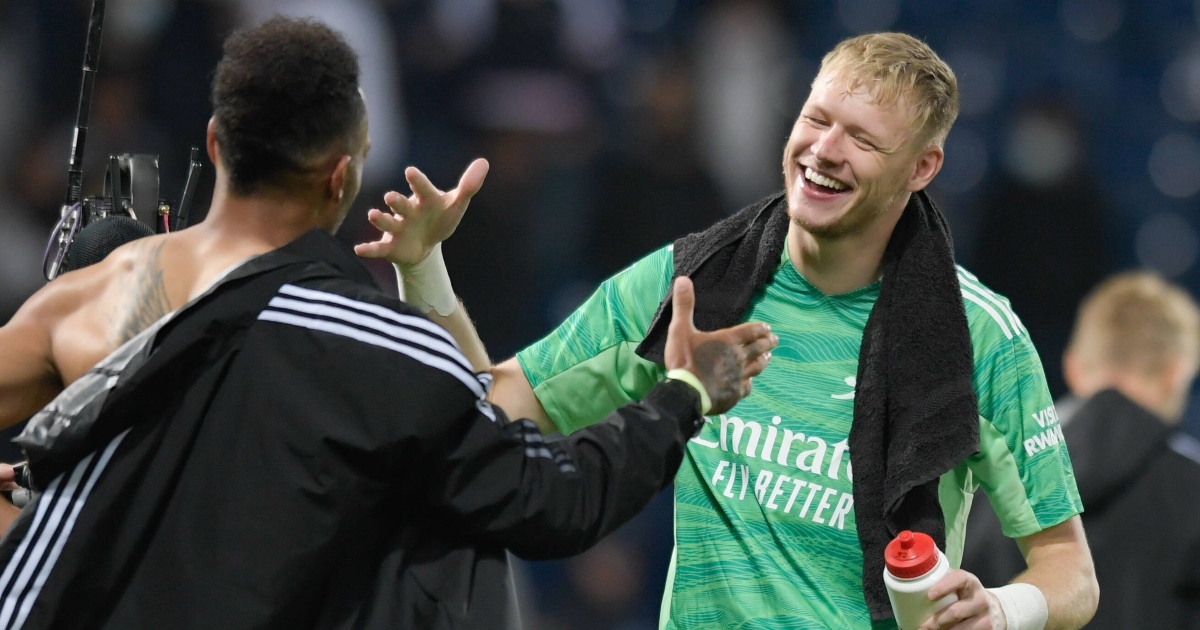 Arsenal new boy Aaron Ramsdale ‘has told friends he will replace Bernd Leno in goal for Arsenal’s next game against Norwich’, according to reports.

Ramsdale joined the Gunners from Sheffield United for £24million last month and made his debut in their 6-0 win against West Brom in the Carabao Cup.

Despite being a recent arrival, he believes Mikel Arteta will give him the nod against Norwich next weekend, says The Sun.

Arsenal No.1 Bernd Leno conceded five in the Gunners’ last Premier League fixture as they were thumped by Manchester City.

However, the club’s technical director, Edu, has said he views the ex-Sheffield United shot-stopper as their future No.1.

And in an interview with Sky Sports, Edu gave a detailed explanation as to why the north Londoners made six signings that has left their fanbase underwhelmed this summer.

“Aaron Ramsdale, for example, he is a very good football player and has the potential to be a big part of the team in the future,” he said.

“For the future of the team. What he wants to do is to balance that position and why do you bring him in? We already have one player there to play games with Bernd Leno. But, we have to bring someone in to help for the future.”

The former Gunners midfielder went on to explain the other summer signings, saying: “At right-back, we just signed Takehiro Tomiyasu. He is someone who can come here and plays straight away because we loaned Hector Bellerin to allow space for him to come and feature straight away.

“And then, if you go to Nuno Tavares, he has the same characteristics because we have Kieran Tierney there to play, but we needed someone to cover him.