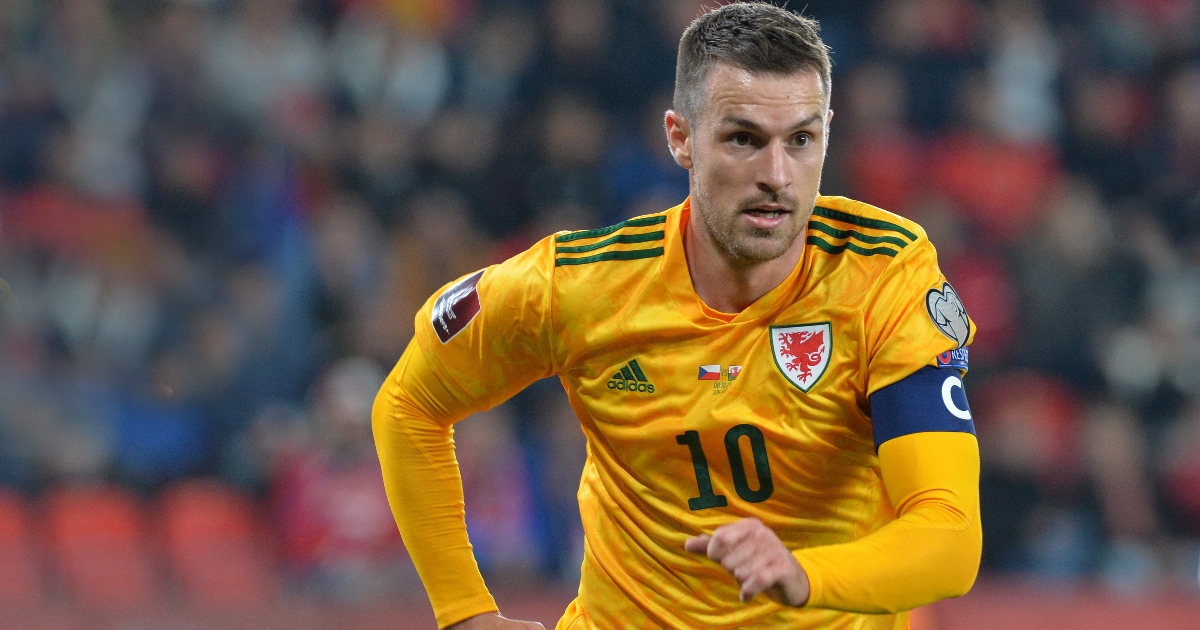 Wales midfielder Aaron Ramsey has expressed his desire to reach the 2022 World Cup, which will “complete” the Dragons’ journey over the last decade.

They have qualified for the last two European Championships but have not reached the World Cup since 1958 – their only appearance at the tournament.

Wales are in a strong position to reach the play-offs after their success in the Nations League last year. They face Estonia in Tallinn on Monday in a qualifying match.

Their most recent encounter came against the Czech Republic on Friday – a 2-2 draw in Prague, leaving them level on points with the Czechs, but with a game in hand.

“The World Cup is the target,” said Ramsey, who will skipper Wales in Tallinn with Gareth Bale sidelined by injury.

“We have been fortunate enough to experience two European Championships and they have been absolutely amazing.

“It would be a massive dream to hopefully tick off a World Cup. There is a long way to go, but if we can do that it would be sort of complete, wouldn’t it?

“To qualify for a World Cup would be an amazing achievement.

“It’s probably more difficult to qualify than for the European Championships but all the players are ready.

“It’s the same for the younger boys too and a dream of theirs as well.

“You can see it in the way they played at the Euros this summer in getting out of the group. They are ready for it and it would be nice for us older boys as well.”

Ramsey, who has only played 105 minutes for Juventus this season, believes Wales’ training methods suit him better and hinted his club need to adopt a different approach to help him play more games.

“The training philosophy and methods are different in my club from here,” he said before the draw against the Czech Republic.

“There are a lot of people here who have a number of years of managing me. So they know how to get the best out of me and allow me to play a lot of games in a row, like I showed in the Euros.