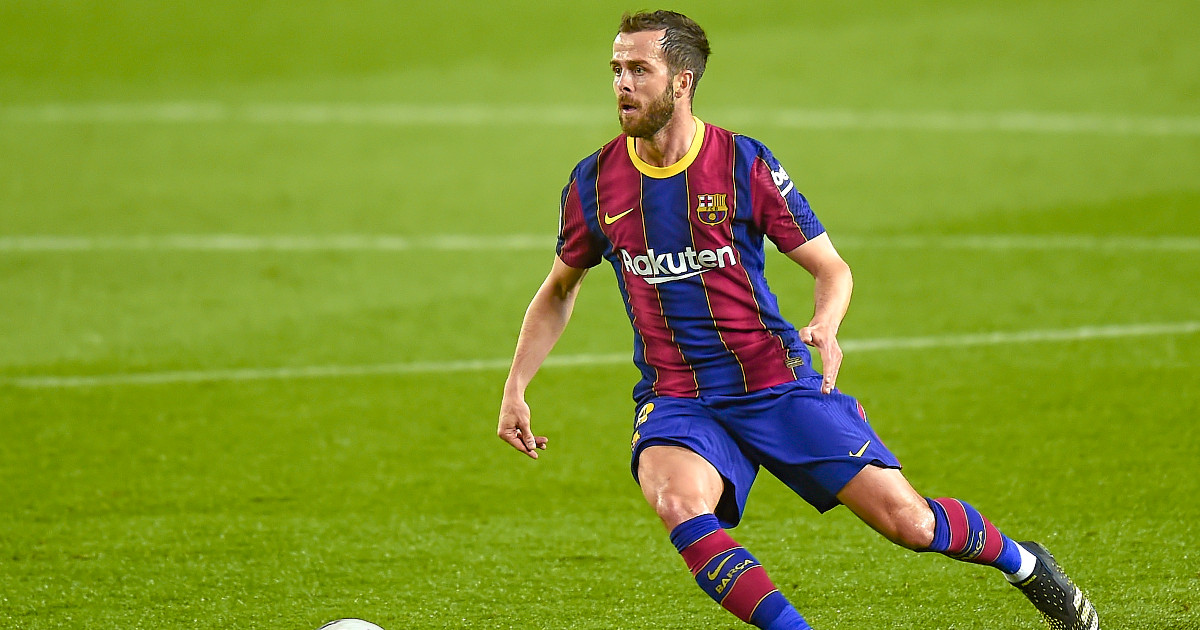 Juventus have reportedly offered Aaron Ramsey to Barcelona as they look to bring their former player Miralem Pjanic back to the club this summer.

This is according to Calciomercato.com, who claim that Pjanic is keen on a return to Juve while the Italian giants are in the market for a new midfielder.

The Old Lady are in need of a new midfielder due to the absence of Arthur, who underwent surgery earlier this week and is expected to be unavailable for several months.

Pjanic joined the Serie A club in a swap deal for Arthur last year, but has struggled at the Nou Camp.

The 31-year-old only made 19 LaLiga appearances last season for Ronald Koeman’s side, particularly struggling for game time in the second half of the season.

Barca are in a difficult situation this summer, as they might be unable to register new signings for the upcoming league season due to salary cap issues.

This would mean that new boys such as Memphis Depay, Sergio Aguero and Eric Garcia cannot be officially registered until their salary problems are resolved.

This, alongside trying to tie Lionel Messi down to a new contract, has left the Catalan club scurrying to offload some of their players to free up some wage space.

This makes a swap deal particularly difficult for Barca, and they would likely prefer a fee for Pjanic as opposed to Ramsey in exchange.

The Juve man earns less money than the Bosnian, but is still earns a hefty €7.5 million per year.

The Welshman has also struggled in Italy since his move from Arsenal in 2019.

He made 30 appearances in all competitions last season, rarely completing 90 minutes in a match and overall struggling with injuries all year.

Elsewhere, Juve have been linked with Sassuolo midfielder Manuel Locatelli, and the Italy international is reportedly keen on a move to the Allianz Stadium.

Locatelli impressed for Italy at Euro 2020 as he scored twice from his five outings. He was subbed on in extra-time in the final as Roberto Mancini‘s side beat England 3-2 on penalties

However, Arsenal are also linked and it has been reported that the Gunners have offered the best financial package for the midfielder.

Locatelli is definitely prioritising a move to Juve, but if they don’t bid for the 23-year-old a move to the Emirates could become a reality.