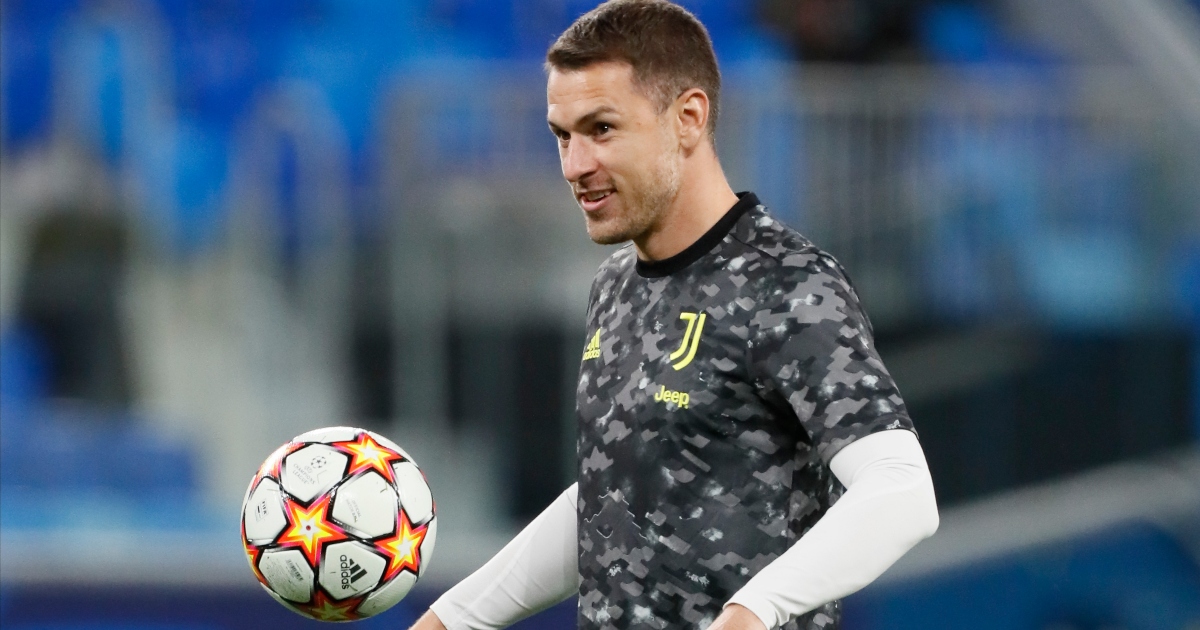 Juventus midfielder Aaron Ramsey is determined to make a return to the Premier League in the winter transfer window, according to reports.

The former Arsenal star left north London in 2019 following the expiry of his contract, penning a reported £400,000-a-week contract with the Serie A giants.

Ramsey has struggled for fitness during his time in Italy and has only started 25 league games for the Old Lady during his two-and-a-half years in Turin.

He has made five appearances this term and has only started a single match – an opening day draw at Udinese where he played 60 minutes.

Ramsey’s main focus right now is securing a home tie in the World Cup play-offs as Wales’ attempt to reach next year’s tournament in Qatar.

His form has remained consistent for the Dragons. The 30-year-old helped his country reach the last 16 of Euro 2020, scoring in a 2-0 victory over Turkey in the group stage.

Against Belarus on Saturday, Ramsey scored a double as Rob Page’s side won 5-1.

A point against Belgium on Tuesday evening would secure second place in their qualifying group, thus giving Wales a better chance of a home tie in the play-offs.

By the time the play-offs come around, the midfielder is planning to be back in the Premier League, according to the Daily Mail.

The report claims that Ramsey wants to end his ‘Juventus nightmare’ and also says he will need to reduce his wage demands if he wants to attract a transfer.

Last month, the 30-year-old said that Wales’ training methods suit him more than Juve’s – hinting that the Italians should adopt a different approach to help him play more games.

“The training philosophy and methods are different in my club from here,” said Ramsey.

“There are a lot of people here who have a number of years of managing me. So they know how to get the best out of me and allow me to play a lot of games in a row, like I showed in the Euros.”

“Because my outputs in games are pretty high, maybe I need a bit more rest and recovery throughout the week rather than maybe being on the grass for a long period of time and carrying more fatigue into games,” he added.

Newcastle United and Everton are reportedly leading the race to sign the ex-Arsenal midfielder, with Tuttosport reporting the Magpies are “certainly not scared” by the player’s €14m yearly wage.