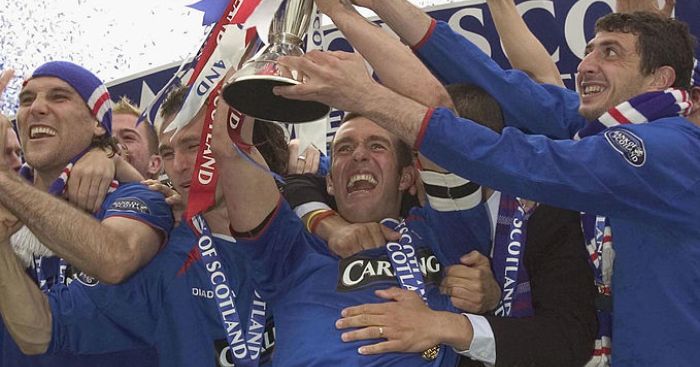 Former Rangers player Fernando Ricksen has died at the age of 43 following a battle with motor neurone disease, the club have announced.

Ricksen, who spent six years at Rangers until 2006, announced he was suffering from the disease in October 2013.

“Rangers is deeply saddened to announce that former player Fernando Ricksen passed away this morning following his battle with motor neurone disease,” the Scottish club said on their official website.

“Fernando spent six trophy-laden seasons at Ibrox having initially joined a number of other Dutch players under manager Dick Advocaat in the summer of 2000.”

Ricksen, who won 12 caps for Holland and was signed by Rangers from AZ Alkmaar for £3.75million in 2000, raised awareness and funds to help other suffers of motor neurone through the Fernando Ricksen Foundation.

A benefit match for the Dutchman, held at Ibrox in January 2015, saw over 41,000 fans attend Ibrox and raised £320,000 with the proceeds split between Fernando, his daughter Isabella, MND Scotland and the Rangers Charity Foundation.

Rangers added: “The thoughts of everyone at Rangers is today with his wife Veronika, his daughter Isabella and all his family and friends.”

Ricksen, who started his career at Fortuna Sittard, was brought to Rangers by Dutch manager Dick Advocaat and became a regular under Alex McLeish when he took over as boss in December 2001.

Ricksen, a midfielder who could also play at right-back, went on to win the Scottish domestic cup double in 2002, the treble in 2003 and the league and League Cup in 2005.

He left Rangers to join Zenit St Petersburg, initially on loan, in 2006 and signed for the Russian club permanently in 2007 before returning to Holland to finish his playing career with Fortuna.