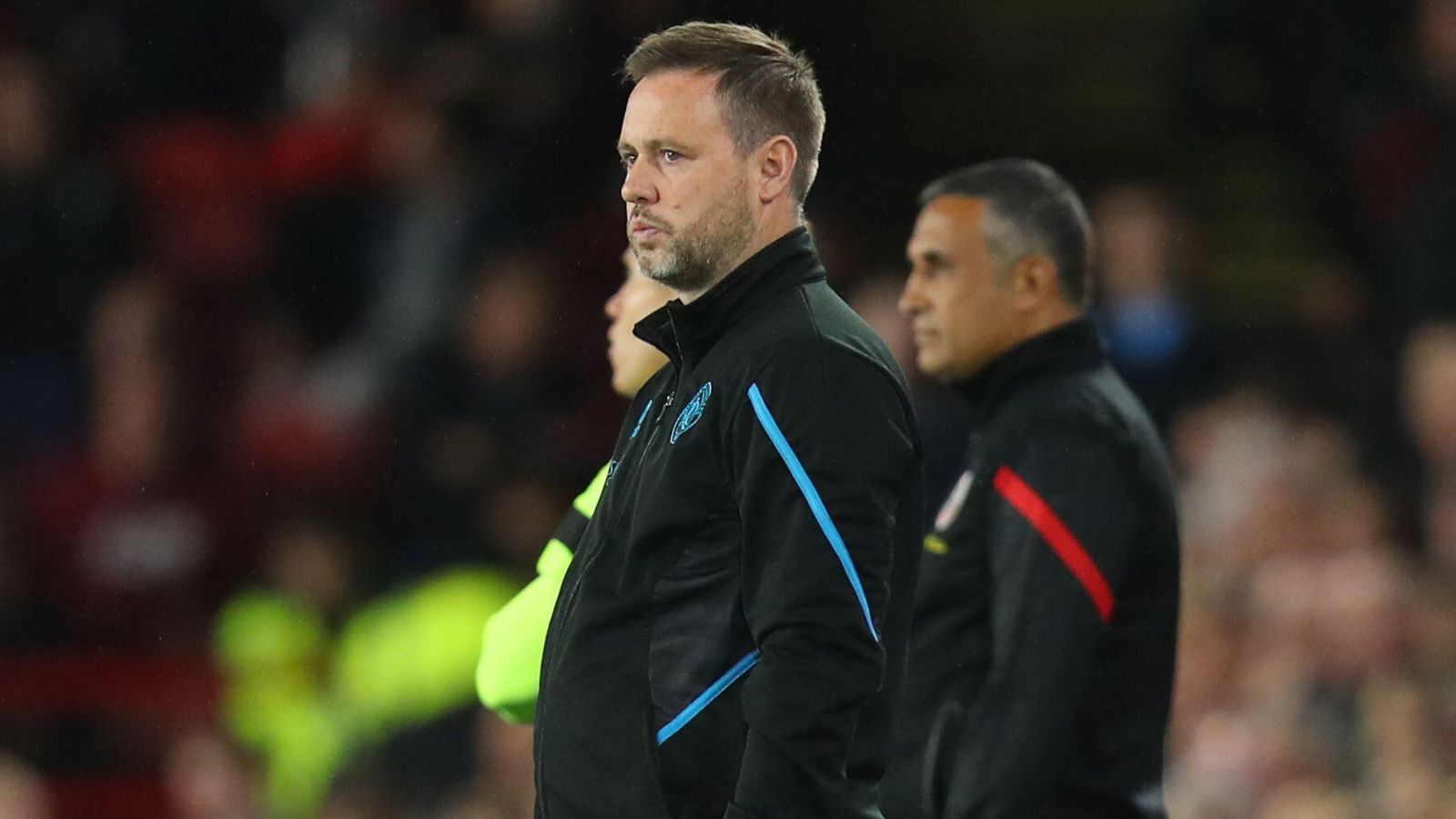 Rangers have reportedly been ‘given permission’ to speak to Queens Park Rangers manager Michael Beale and he is ‘expected’ to join the Scottish side.

The Scottish are in the market for a new manager as Giovanni van Bronckhorst was sacked earlier this week.

He had around a year in charge after he replaced ex-Aston Villa boss Steven Gerrard.

The Dutchman led Rangers to the Europa League final last season but he was sacked after they lost all six of their Champions League group games this term. They are also nine points adrift of Celtic in the Scottish Premiership after 15 games.

Beale was previously at Rangers as part of Gerrard’s coaching staff. He left with the Liverpool legend to join Aston Villa, but he departed the Premier League side in the summer to become QPR’s head coach.

Under him, the Championship side made a strong start to the 2022/23 campaign but their five-game winless run has seen them drop down to seventh.

A move to the Premier League is typically tough for managers to turn down, so it was a bit of a surprise when Beale rejected their advances.

When asked why he turned down Wolves, Beale said: “Integrity is a real big thing for me, and loyalty.

“You don’t give it to receive it back but I think if they’re the values you live by then at times when you’re put in a position then you have to be strong by them.

“I have been all-in here and I have asked other people to be all-in so I can’t be the first person to run away from the ship.”

These comments have aged very poorly as David Ornstein of The Athletic is reporting that Beale has now been ‘given permission’ to speak with Rangers.

Beale has also ‘made it clear that he is keen to speak to the Ibrox club’.

It is also stated that a deal is ‘not yet finalised’ but ‘there is now an expectation on all sides that it will happen’.

QPR will then restart their process of identifying a successor. They are in a decent position as ‘significant work was doen last month when it looked as though Beale would be joining Wolves’.

Rangers legend Kenny Miller is in favour of the appointment as Beale “fits and knows the club”.

“There’s loads of names that spring to mind. One for me that would be right at the top of the list would be Mick Beale,” Miller said.

“His name’s been bandied about over the last month while Rangers have been toiling.

“I think he fits, he knows the club, he knows the players. There would be no surprises with him walking back into the building in terms of the demands and the expectations of the football club and he’s started off his own journey as a manager pretty well as well so I think he’d be right at the top of the list.”