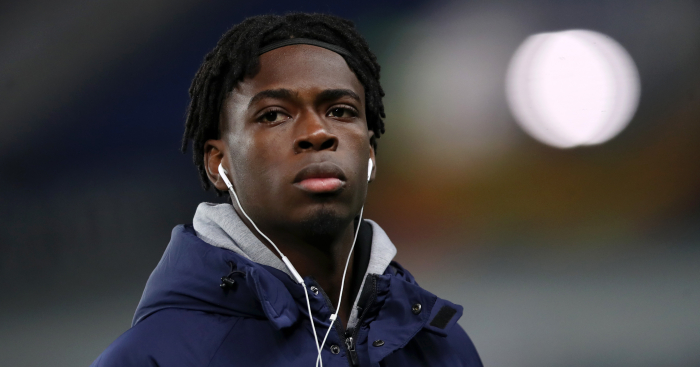 Steven Gerrard has told Ovie Ejaria he has made the wrong decision in quitting Rangers to return to Liverpool.

The Anfield youngster has called time on his season-long move after growing “unsettled” in Glasgow.

Gerrard held talks with the 21-year-old on Friday after the Londoner was left out of the squad which travelled to Austria for Thursday’s Europa League clash with Rapid Vienna.

But the former Liverpool skipper was unable to persuade Ejaria to stay at Ibrox amid reports the playmaker was struggling with the physical nature of Scottish football.

“Look he’s a Liverpool player so I first and foremost have to respect the kid and the privacy,” he said after watching Rangers beat Hamilton 1-0 to move back to the top of the Ladbrokes Premiership. “I’d like to thank Liverpool for the opportunity to have him here for half the season.

“Am I disappointed he’s gone? Yes. Do I think it’s the right decision? No, because I think he had an incredible opportunity here.

“But I’m never going to stand in a player’s way who is not happy and who is not settled because I have people who are desperate to wear the shirt and who would run through brick walls to wear it.

“It is what it is. I have to accept the decision. I’m sad about it, I wish him all the best. He’s a nice kid, very quiet. He told me it was 100 per cent football reasons and I have respect that.”

Gerrard was Liverpool’s under-18s coach before taking over at Rangers in the summer and he used his Liverpool links to good effect as he started his rebuilding project at Ibrox.

As well as Ejaria, Rangers have also taken wideman Ryan Kent on a 12-month loan deal.

Liverpool have already said in a statement they believe Ejaria’s stint in Glasgow – where he made 28 appearances – would be “extremely beneficial for his career”.

And Gerrard is confident his early return will not put off his old side from sending their best young talent north in future.

“I don’t think there will be a problem, no,” he said. “That’s because we’ve just sent one player back who’s played 25 times, 11 times in Europe, who wore the number 10 for Glasgow Rangers in front of 51,000 people.

“We’ve got another Liverpool player here (Kent) who has played around played probably around 20 times, who has reignited his career after two bad loans.

“He’s doing unbelievably well and I want him fit as soon as possible. He’s having the time of his life.