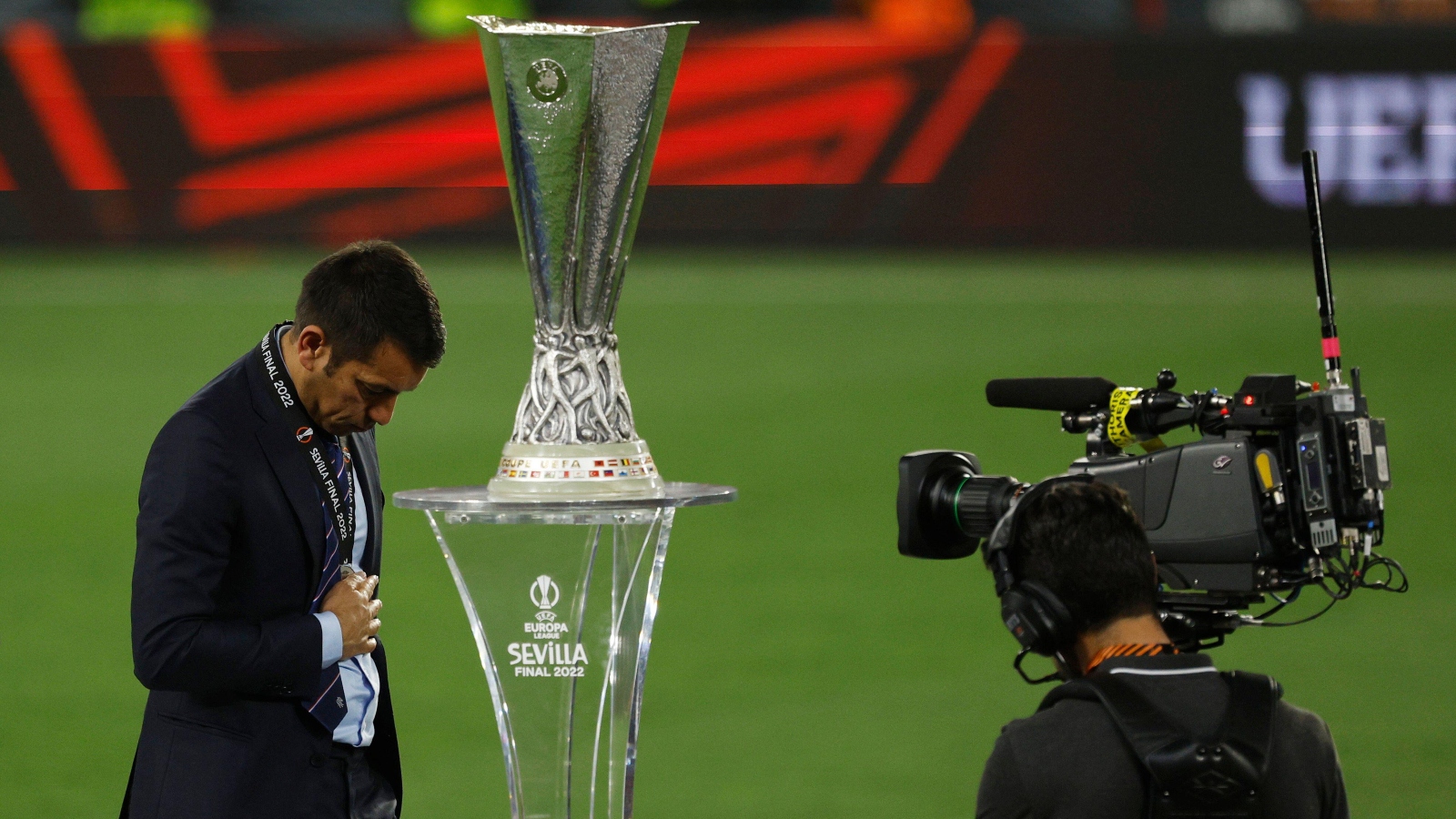 Steven Gerrard is among the early favourites to become the new Rangers manager following the sacking of Giovanni van Bronckhorst.

The Dutchman – a former player at Ibrox – was appointed as Gerrard’s successor a year ago and led the club to the Europa League final and a first Scottish Cup triumph in 13 years at the end of his first campaign in charge.

However, he has paid the price for a poor start to the current season in which Rangers endured humiliating Champions League group stage and fell nine points adrift of city rivals Celtic at the top of the cinch Premiership.

“The board would like to put on record sincere thanks to Gio for all his efforts since his appointment as manager.

“Unfortunately, results and performances over recent months haven’t met expectations and the decision was made today by the board to terminate the contract of the manager. The search for the new manager is now underway.”

Chairman Douglas Park added: “I want to thank Gio for the hard work he has put in over the last 12 months and, especially, the achievements of taking the club to the Europa League final and winning the Scottish Cup last season.

“Unfortunately, recent results have not met neither our nor Gio’s expectations, and we have taken this difficult decision today. Everyone at Rangers wishes Gio every success in the future.”

Rangers have just over three weeks to find a successor for Van Bronckhorst, with their first match after the World Cup break at home to Hibernian on December 15.

Gerrard – who was recently sacked by Aston Villa – has emerged as the early favourite to replace Van Bronckhorst.

This appointment would probably not go down too well with the Rangers fan base.

Gerrard had told a reporter to not ask silly questions when he was quizzed on whether or not he is looking to leave the Gers for a Premier League club, only to depart for Villa two weeks later.

The Liverpool legend did bring Rangers’ 55th league title to Ibrox in an unbeaten campaign, though this was the only piece of silverware he won in three years at Ibrox.

This is definitely not good enough for a club like Rangers, who have very demanding supporters.

It began to fall apart for Gerrard at Villa after his assistant Michael Beale departed in the summer to become Queens Park Rangers boss.

Many believe Beale was the brain behind the operation as Gerrard won the league with the Teddy Bears.

The QPR boss is also one of the favourites to take over at Ibrox, with former Burnley manager Sean Dyche also in the mix.