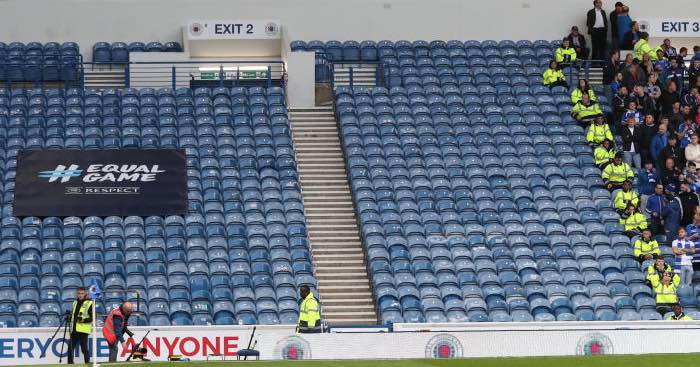 The second leg of Rangers’ Europa League clash against Bayer Leverkusen will be played behind closed doors.

The German side confirmed the plan hours after the state authority issued a decree banning all gatherings of more than 1,000 people.

Rangers host Leverkusen on Thursday night with no restrictions on supporters and with visiting fans set to travel.

But Rangers fans who bought tickets and booked travel to Germany for the return leg a week later will no longer be allowed into the BayArena.

Leverkusen lies in North-Rhine Westphalia, which is the worst-affected region of Germany with more than 500 confirmed cases and the country’s first two deaths.

A club statement read: “In order to slow down the spread of the coronavirus, the state of North Rhine-Westphalia has decided to cancel all major events of 1,000 spectators until further notice. And the state of Bremen has also issued a similar regulation.

“However, there is the possibility of holding these events without audience participation – both clubs choose this option.

“This applies to both the Bundesliga away game at Werder Bremen on Monday, March 16, and the second leg of the Europa League round of 16 on Thursday, March 19 at the BayArena.

“According to the current status of UEFA and the local authorities in Glasgow, the away game in the Europa League will take place on Thursday evening without restrictions.

“The fan plane to Glasgow can also take off as planned with the fans on board.”

“We therefore have to think very carefully about what we can do without. I believe that school classes or public transport, for example, are essential. That would paralyse our social life.

“But we should initially cancel large trade fairs, congresses, concerts or sporting events.”