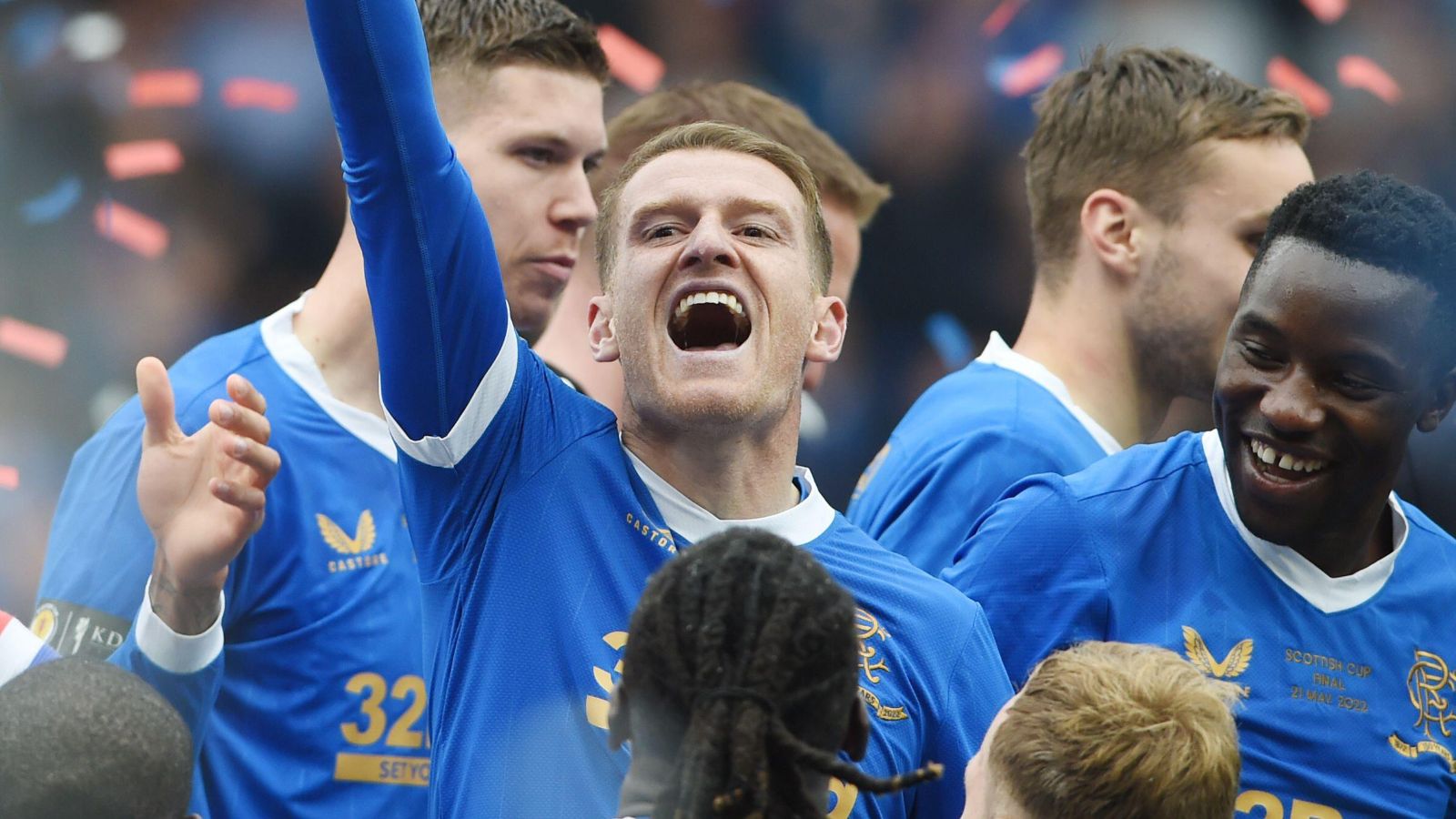 Davis is part of Northern Ireland’s 28-man squad for Nations League games against Greece, Cyprus and Kosovo. His contract at Rangers expires in June.

It is being reported in Scotland that the 34-year-old has held positive talks with the Ibrox club and it is believed that a new one-year deal could be on the offing.

“I think he can play for another couple or three years but that’s me,” Baraclough said.

“I don’t want to ramp up any sort of pressure on him. I always get plenty of questions about him and I don’t like talking about the subject of him retiring.

“In the Scottish Cup final I thought he was great. He came on in the Europa League final, calmed things down for Rangers at the time, maybe could have even got a goal or two for Rangers as well and he put his penalty away, which shows his coolness of mind.

“He’s our leader, our captain, he’s someone we want around for a little while longer.”

🙌 Steven Davis has been selected to represent @NorthernIreland as well as Charlie McCann receiving his first senior call-up for their upcoming UEFA Nations League games. https://t.co/lpNyUmTDxi

Baraclough said that, barring one or two minor knocks, there were no injury concerns within his squad, with no absentees as they gathered over the weekend.

Northern Ireland, the top seeds in League C Group 2, host Greece on Thursday before travelling to Cyprus and Kosovo, then returning to Belfast to face Cyprus again on June 12.

“I think the majority of them are fit and raring to go straight away,” Baraclough said. “Just one or two are carrying knocks…

“Four games in 10 or 11 days is going to be a stretch for everybody. Hopefully we get everybody going from game to game with full fitness but we’ll have to make several changes, I’m sure, as we go along.

“I think we’ve got a nice blend of players that are desperate to do well and those that have been there, done it, seen it and can be a calming influence on the rest of them.”

The Nations League has never been kind to Northern Ireland since its inception but, having suffered relegation to the third tier last time, Baraclough now wants to use the competition as an opportunity.

“Germany 2024 is our long-term goal so these games play a part in that,” he said. “We want to top the league which could get us a play-off place for the Euros and that’s nothing to be sniffed at.

“But you’ve also got to weigh up what’s right for the group and that’s seeing players come in and giving them their chance so you have more players with experience going into that Euros qualifying group when it comes around next year.”

Manchester City prospect Shea Charles, who can play in midfield or defence, is among the new faces in Baraclough’s squad, with the 18-year-old having quickly progressed through the youth levels with Northern Ireland.

“He’s not played a senior game as yet, for his club or his country, so you’re going into unknown territory,” Baraclough said. “He’s a calm lad, he takes things onboard, he’s athletic, he can handle the football.”