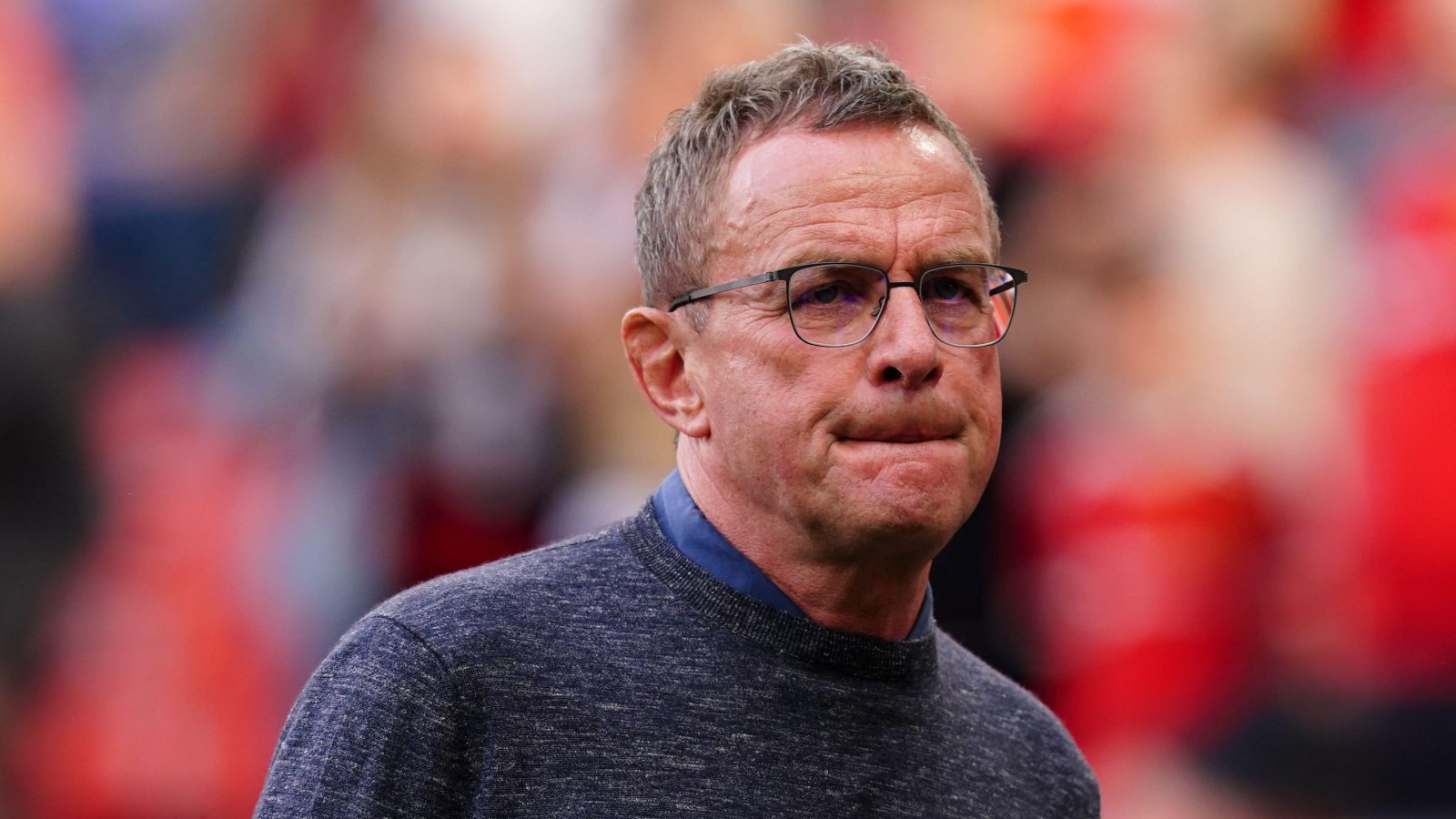 Ralf Rangnick has claimed Manchester United’s board refusal to sign a striker in January may have cost them Champions League football next season.

The interim manager said he told the club they should seek reinforcements in the final days of the January transfer window, with Mason Greenwood indefinitely suspended on January 30 following rape allegations, Edinson Cavani suffering with injury and Anthony Martial having left for Sevilla on loan.

“I was informed about the issue around Mason Greenwood and Anthony Martial had already left, and then I was aware that within four days we had some strikers missing and that it might make sense (to buy),” Rangnick said.

“We were still in three competitions – the FA Cup, the Champions League, at the time we were fourth in the league…

“I spoke to the board and told them, ‘Shouldn’t we at least speak and analyse and find if we can at least get a player, on loan or a permanent deal?’

Rangnick indicated United’s scouting department felt there were no suitable players on the market that might be available. Last month, United announced chief scout Jim Lawlor and global head of scouting Marcel Bout were leaving the club.

Though time would have been limited for United, Rangnick pointed to deals in the final days of the window that took Luis Diaz from Porto to Liverpool, Julian Alvarez to Manchester City from River Plate, and Dusan Vlahovic to Juventus from Fiorentina.

Those deals were agreed prior to Greenwood’s suspension, but with Martial already having left and Cavani away on international duty – since when he has made only four United appearances including one start.

Asked if they would have been realistic targets, Rangnick said: “I don’t know. But as I said, maybe we should have at least internally discussed it. It might be necessary and important…

“I still believe we should have at least tried. If we would have found and been able within 48 hours (to sign a player), it would have been short notice but still, 48 hours is 48 hours. It might have been at least worth to try and internally discuss it. We didn’t. It was not done.”

United sat fourth after Marcus Rashford’s stoppage-time goal earned a 1-0 win over West Ham on January 22 but go into their penultimate fixture at Brighton on Saturday with top-four hopes effectively over, sixth in the table and five points behind an Arsenal side who have two games in hand.

Ajax boss Erik ten Hag will take over at Old Trafford this summer with Rangnick, who has agreed to become Austria’s coach, continuing in a consultancy role.

The German, who took over in late November after Ole Gunnar Solskjaer’s sacking, insisted United improved early in his tenure but said the loss of Greenwood – who remains on bail over allegations he raped and assaulted a young woman – plus Martial’s exit and Cavani’s injury woes, changed the dynamic.

“Obviously there were some problems that the team already had at the end of November and the first couple of months, at least until the end of January, we were improving,” Rangnick said, adding that his side had conceded fewer goals and increased their points-per-game ratio.

“Then in that international break we lost, including Edinson Cavani, three players long-term. We lost them, three strikers. Then we had problems to score goals and find our balance. This is what happened.”

Neither Rashford nor Cavani have scored since that win over West Ham, when Cavani set up the England striker’s late winner.

Greenwood scored six goals before his suspension, still more than Rashford (five) or Cavani (two) have managed this term. Rashford is due to miss Saturday’s match with bronchitis.