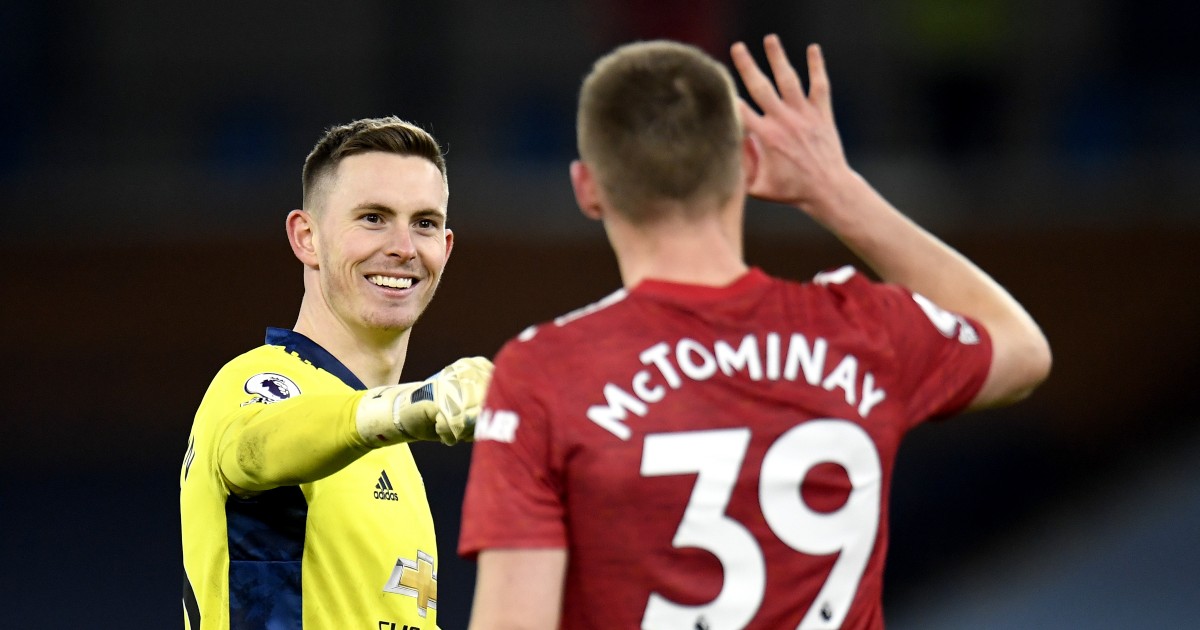 Dean Henderson has decided to stay at Manchester United and compete for a starting place until the end of the season at least.

Ralf Rangnick confirmed that Henderson had requested a transfer earlier this month, leading to interest from Newcastle and Ajax among others.

“A couple of weeks ago he asked me but I told him I’d rather have him stay until the end of the season,” Rangnick said. “We are very happy with our goalkeepers but if it’s up to me I wouldn’t want him to leave.”

Henderson was, nevertheless, still on the radar of interested clubs such as Southampton, who made an approach for the 24-year-old.

But it is thought that the goalkeeper has now decided to remain at Old Trafford for at least the next few months in the hope of dislodging David de Gea as No. 1.

England international Henderson ‘is willing to stay this month’ and ‘continue to battle’ with De Gea, according to the Daily Mirror.

The former Sheffield United shot-stopper was expected to establish himself in the first team this season but he contracted Covid in the summer, which allowed De Gea to play himself back into form.

Henderson has subsequently made just two appearances this season, failing to keep clean sheets against either Young Boys in the Champions League or West Ham in the Carabao Cup.

His change of heart follows that of Edinson Cavani, who Rangnick persuaded to stay amid interest from Barcelona.

“I told him that if it was up to me I would want him to stay and I had a conversation with him,” said the Manchester United interim coach.

“He came to my office and we spoke for almost half an hour and he told me that he will definitely stay, he will want to stay until the end of the season.

“Not only because I told him that he should stay or has to stay, but he did it on his own behalf.

“He told me that I can rely on him to stay until the end of the season and give his very best, be a role model for the young players.

“If he should play from the start, he’s available and he’s happy to play. Even if he’s not playing, he will be trying to be the best possible role model for the other players.

“This is, for me, good news because Edi is one of those players with his vast amount of experience, his mentality, his work ethic, who could really be a perfect role model for all the other players.”